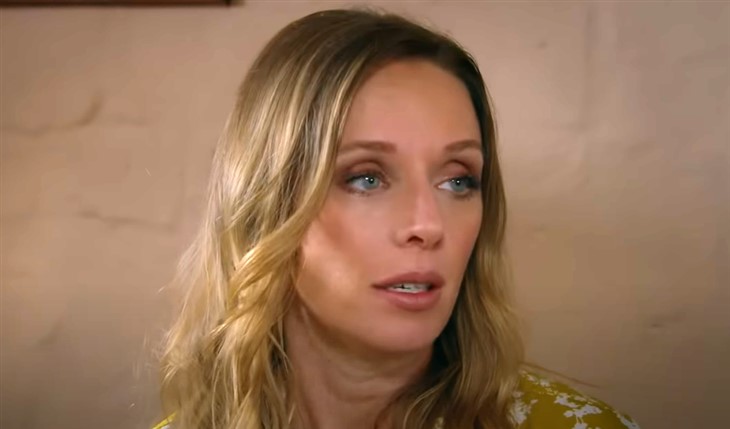 Emmerdale spoilers reveal that Andrea Tate (Anna Nightingale) thinks she has the upper hand. However, Jamie Tate (Alexander Lincoln) has come up with a scheme that will take his manipulative wife’s power away. Not only does she get bamboozled in Jamie’s love scam, but there is a bombshell plot twist. Andrea will end up paying a steep price for her actions.

Desperate to keep her marriage, Andrea is willing to do just about anything. However, her new plan will horrify viewers. Blackmailing Jamie and Kim Tate (Claire King) isn’t enough for Andrea. She will not only force Jamie to stay with her, but wants the romance, passion, and intimacy of a real relationship. She forces him to start romancing her and he can begin by setting up a nice dinner for the two of them.

Jamie felt backed into a corner, but he will come up with a way to fight back against Andrea. The idea comes after he gets advice from Jai Sharma (Chris Bisson), but we’re pretty sure this is not what Jai meant! Jamie will put on a mask to disguise his hatred for Andrea. He convinces her that she is the only woman he wants. He plays the role so well that Andrea is convinced.

There was a theory circulating that Andrea forces Jamie to sleep with her, but due to his new scheme, we are thinking that he does it willingly in order to guarantee his plan works.

Emmerdale spoilers reveal that there might be more to Jamie’s romantic manipulation than fans realize. Yes, he wants to get away from Andrea and be with Belle Dingle (Eden Taylor-Draper). Yes, he wants to beat Andrea at her own game and prevent facing consequences from hitting Moira Dingle (Natalie J. Robb). However, he could have another branch to this scheme that includes making sure he never has to worry about that fateful car crash.

Is it possible that Jamie tampers with evidence and his car to implicate Andrea in the hit and run? The actor teased fans will begin to see Jamie’s darkness come out. Just how far will Jamie go to protect himself and make Andrea pay? Could she be the one paying the steep price for Moira’s accident?

It would guarantee his freedom in more ways than one — get Andrea out of his life, get her away from Millie Tate (Willow Bell), have Moira falsely believe that the mystery is solved, and might send her to prison. Jamie might be more like his villain mother than anyone realized.