The Bold And The Beautiful Spoilers: Sally Loses Job After Secret Is Revealed – Penny Loses License? 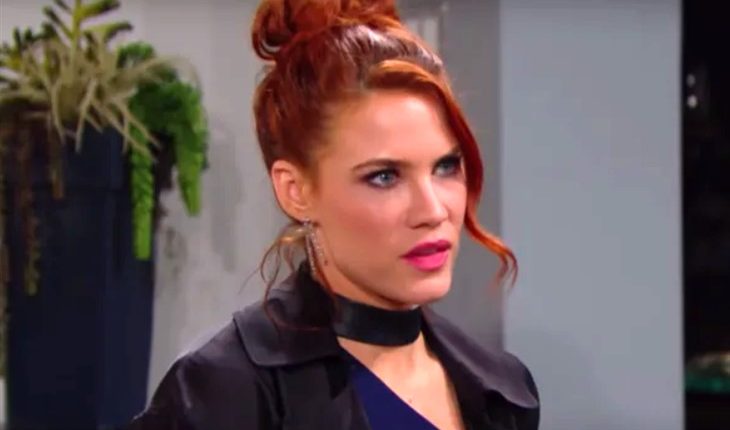 One of the storylines that will be picked back up will be Sally’s storyline. Viewers will finally get to see the aftermath of Flo’s discovery. However, it seems that this week there will be a lot of drama surrounding Wyatt Spencer (Darin Brooks), Sally, Flo Fulton (Katrina Bowden), and Penny as Sally’s secret is close to being revealed.

The Bold And The Beautiful Spoilers – Sally Spectra’s Secret Revealed

In the last episodes, Sally and Penny Escobar (Monica Ruiz) has gone from lying about a deadly illness to assault, and in upcoming episodes, they will be moving to kidnap. As they may have left the home in enough time before Wyatt showed up and headed to Sally’s apartment. There they are going to keep Flo tied to a radiator.

However, Flo will act fast and leave a message for Wyatt, which will reveal that Sally has taken Flo, which could lead to Sally having her secret exposed. At this point, Flo knows just about everything about Sally’s plan, and if Wyatt finds out that Sally took Flo and finds Flo, Sally’s secret will be revealed along with Penny’s role in her plan.

Sally has not only lied to Wyatt and Flo but to just about everyone on the show, which will not be taken lightly. Adding the fact that she kidnaped Flo as well, she may find herself without a job as she only kept her job before because Katie went to bat for her.

However, when Steffy and Ridge learn about her lying to them and everything that she will do to hide her secret, they may not let her keep her job. On top of that, Penny may lose her licenses, which was something she was concerned about throughout the course of Sally’s plan.

However, this may not be the worst thing that could happen as they did kidnap Flo, which may mean that they could face charges for holding Flo against a will and knocking her out as well. What do you think? Will Sally and Penny face repercussions for their actions?

Stay tuned to the CBS soap, and don’t forget to check CTS often for the latest Bold and the Beautiful spoilers, updates, and news.