The Bold And The Beautiful News Update: Don Diamont Reaches Out to Fans About Bill And Katie Reunion 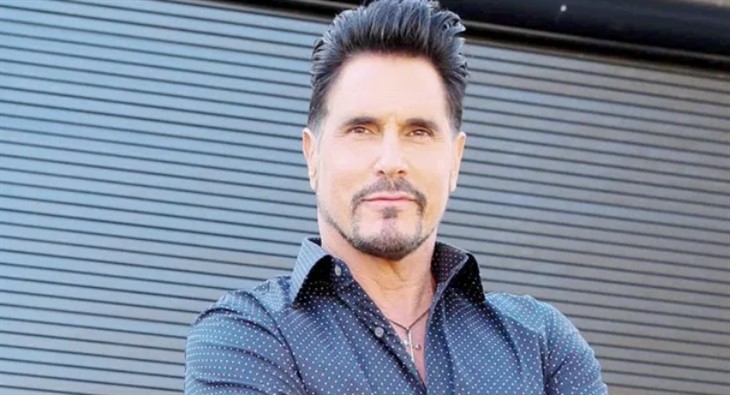 CBS The Bold and the Beautiful Spoilers show that B&B star, Don Diamont wants to know what fans think about the relationship between Katie Logan (Heather Tom) and Bill Spencer (Don Diamont). The Bold and the Beautiful had to stop filming for a while due to the pandemic, but it will soon be coming back to viewers’ screens on Monday. Ahead of this, Don Diamont decided to reach out to the fans of the daytime soap to see what viewers think about when it comes to the relationship between Katie Logan and Bill Spencer.’

When the Bold and the Beautiful last aired the final new episode, that was filmed before the soap stopped filming due to the lockdown, Bill and Katie had been having problems in their relationship. Katie had learned that Bill had kissed her sister, Brooke, and Katie and Bill were dealing with the fallout of this.

The show came back on Monday and it seems that the two will be talking about their relationship in upcoming episodes. However, Don Diamont has reached out to fans of the soap to learn about what they think about the future of Katie and Bill’s relationship.

In a tweet, he asked fans about the reunion between Katie and Bill by saying, “I have a question for you. Very important; do you think that Bill and Katie will reunite?” This leads some fans to answer back with one fan stating, “In my opinion, Bill is DONE with Katie. And if Katie has any self-respect left, she should agree that Bill just can’t help himself. Although he may love Katie in his own way…his true LOVE is Brooke [Katherine Kelly Lang] and Steffy [Jacqueline MacInnes Wood]. Bill needs to be honest with himself and Katie.”

Another fan wrote, “Love #Batie, but at this point, Bill doesn’t deserve Katie! But I absolutely adore DD & HT’s on-screen chemistry, so I’m looking forward to seeing what happens next with the characters!” Another fan replied by saying, “No man, Bill kissed Brooke. Katie is thinking that Bill is in love with Brooke. Why else would Bill kiss Brooke if wasn’t in Love her?

Or at the very least he has feelings for Brooke. Either way, Katie is done with Dollar Bill Spencer.” Another fan wants Bill to make up his mind, “Bill needs to decide who he wants to be with Katie, Brooke, or someone new. He cannot keep giving false hopes and dreams to Katie and will. Bill needs to set an example in his choices for Will’s sake. Everything he does, Will sees.”