The Bold And The Beautiful Spoilers: Bill Can’t Handle Problems – Two Drama Bombs Are Too Much 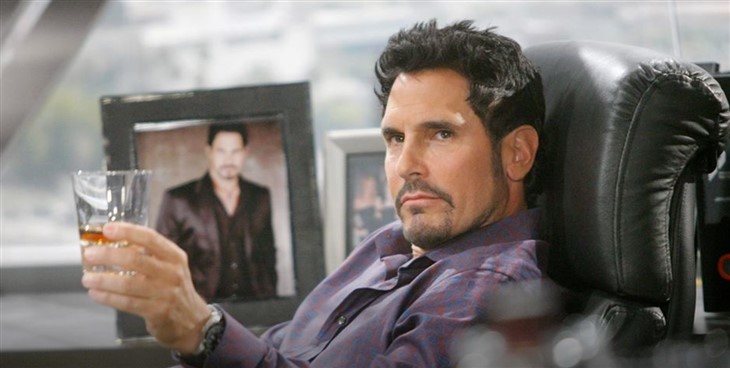 The Bold and the Beautiful spoilers tease that Bill Spencer (Don Diamont) won’t be able to handle a second major problem in his life. Shortly after having his kiss with Brooke Logan (Katherine Kelly Lang) exposed, which deeply damaged his relationship with Katie Logan (Heather Tom), Bill’s accident may send him over the edge.

As B&B fans know though episode information that has been recently teased, Bill will accidentally hit Steffy Forrester’s (Jacqueline MacInnes Wood) motorcycle. She’ll be hurt and taken to the hospital.

The Bold And The Beautiful Spoilers – Batie Issue Was Bad Enough

Bill offered no excuse to the woman he claims to love more than anyone other. No apologies would suffice either after Quinn Fuller Forrester (Rena Sofer) forced Katie and everyone else at the Bridge reunion party to watch Shauna Fulton’s (Denise Richards) secretly shot cabin video.

Ironically one of Bill’s nemeses, Quinn, wasn’t actually trying to get him when presenting those images to the crowd. Oh, she was okay with Wyatt Spencer’s (Darin Brooks) father also taking a hit. But Katie’s sister, Brooke, was the takedown target.

Bill really looked himself in the mirror within the last year. Unlike his narcissistic past, he didn’t like what he saw.

Diamont’s character truly changed. He took off his sword necklace to reinforce that he was a new man and proved to Katie, over an extended period of time, that his top goal wasn’t expanded Spencer Publications profits, though that would be okay, or exacting revenge against whomever. Instead, all he wanted was to be with Katie and their son, Will Spencer (Finnegan George).

However, by this spring Katie seemed resigned to believing that Bill and Brooke would keep repeating their pattern of sporadically crossing morality lines. When viewers last saw Katie, she was not inclined to keep Batie intact.

The Bold And The Beautiful Spoilers – Accident Applies Intense Pressure

Bill did not need another major negative in his life. To think that this happens with Steffy, who he had a controversial romantic connection with on various occasions through the years, merely compounds matters.

The head of the Spencer family is a strong person. But the persona Bill relied on to shield himself from pain hasn’t been active in a while. So, he seems near the verge of collapse if Katie isn’t available for him during what will be a very trying time.