The Young and The Restless Leak: Sharon’s Cancer Storyline to Wrap Up By October 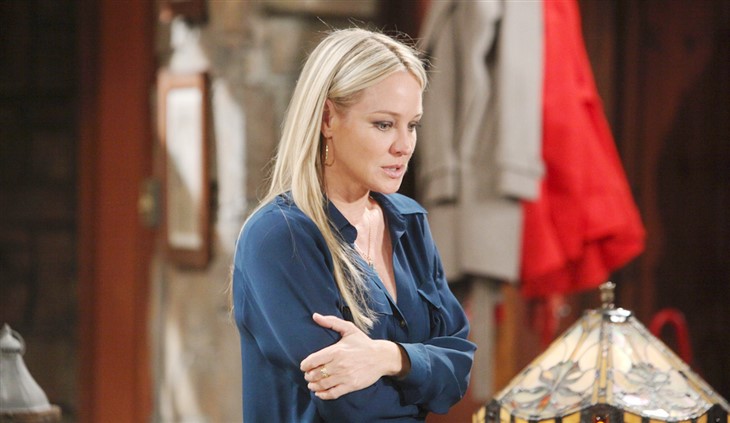 The Young and the Restless spoilers tease that a major, major storyline will be over before it’s pumpkin carving time, aka October. Our insider at CBS has heard word that the current cancer storyline involving Sharon Newman (Sharon Case) will conclude this fall.

Sharon has been battling breast cancer and it has taken the support of her loved ones to help her through the battle. There are many implications to the rumored plot ending and one of them centers around her relationship with Rey Rosales (Jordi Vilasuso).

The Young And The Restless spoilers – Are Rey Rosales And Sharon Newman About To End Their Relationship?

Rey has been a rock-solid guy for Sharon during her journey to health. No one could ask any more of the faithful and loyal guy, he has done everything he can think of to be there for Sharon in her time of need.
Prior to this plot twist, for many fans, they were about a 7 on a sizzle scale of 1 to 10. Understandably the romance has been back burner and now many fans are vocalizing their desire for the blonde firecracker to find someone more her speed. Will October bring an end to Shey?

A single Sharon has always been an attractive sight to her ex Nick Newman (Joshua Morrow). If Sharon is free does that mean fans will see the 48th reboot of Shick?

Even though they have been there and done that a million times, there are at least a billion fans who will never stop wanting to see these two back together.

The Young And The Restless Spoilers – What Will Sharon Do Next In Genoa City?

When the door closes another one opens and that means that at the end of her current story Sharon will embark on a new, hopefully, positive and healthy adventure.

Isn’t it the perfect time to have this strong and gutsy woman finally find a career where she can throw her talents and passion into the world and make it a better place?

Sharon will graduate one day and when she does she will have the piece of paper to go along with her inner abilities. Here’s to hoping that Sharon realizes her full potential and back burners the need to be with a man in order to make her life complete!