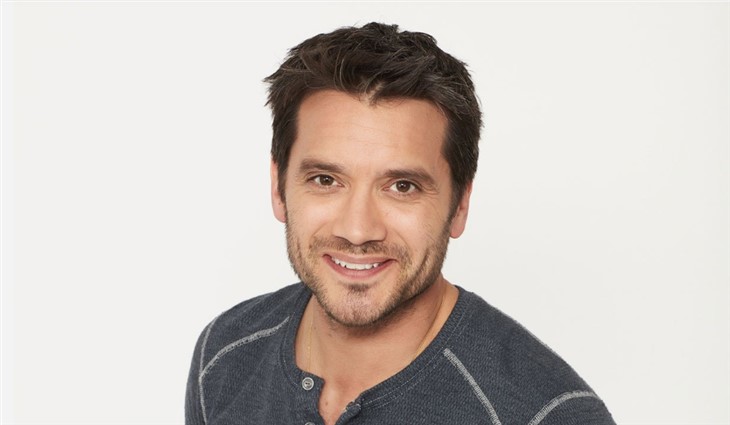 General Hospital alum Dominic Zamprogna is officially an American citizen. The actor shared on social media his naturalization certificate. Keep reading to find out more about his journey to become an American, as well as what projects he is currently working on.

Zamprogna is originally from Hamilton, Ontario, Canada. Like some other soap actors, the GH alum decided to take the journey to become an official American citizen. On Instagram, he posted his naturalization certificate. However, he had to later edit it because it included information that probably shouldn’t have been made public. He wrote,

“New post with removed important immigration info that I prob should’ve omitted the first time around. Don’t steal my height!!! And… I still get to vote!!” 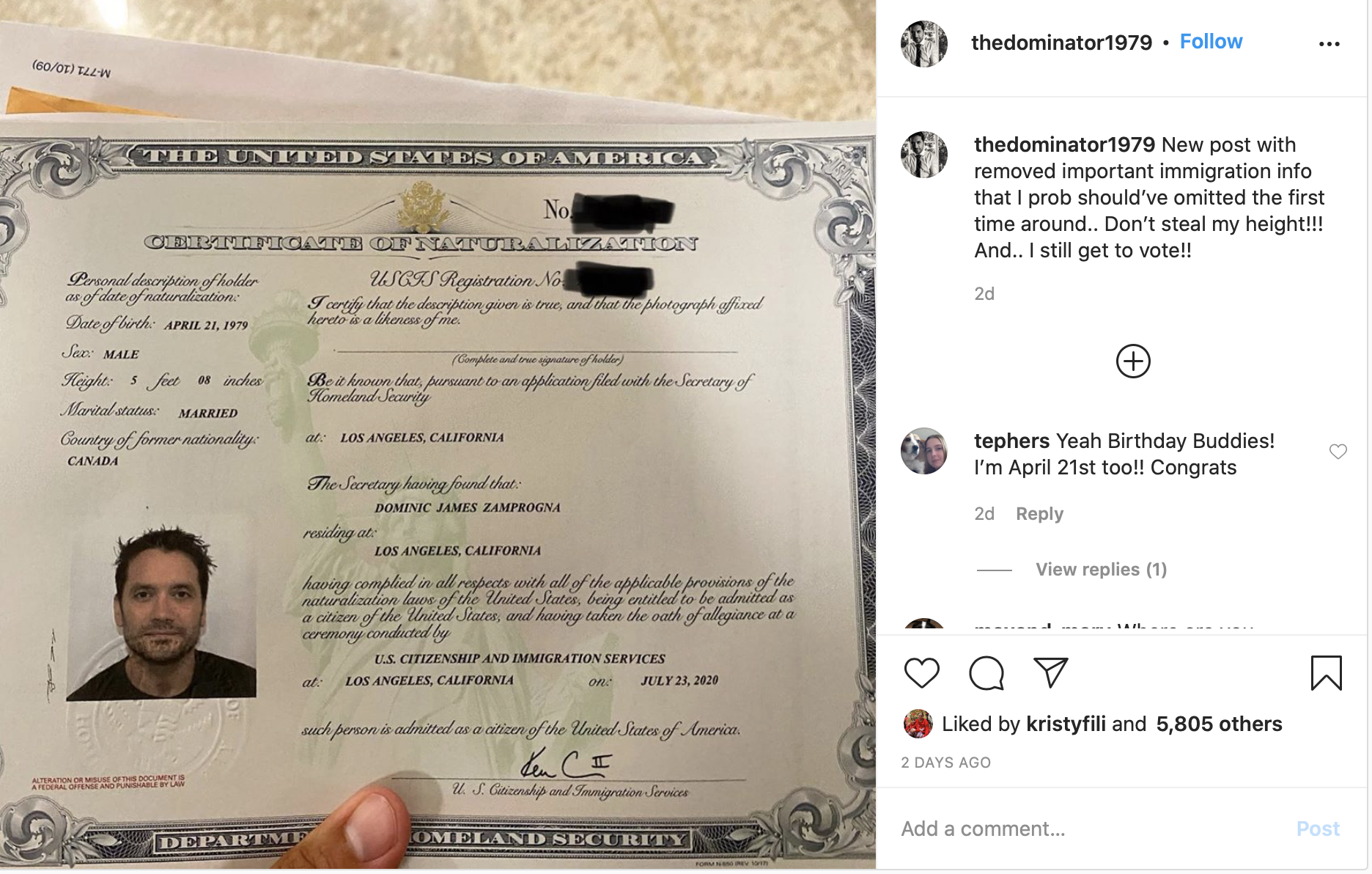 Zamprogna played Detective Dante Angelo Falconeri on the long-running ABC soap opera from June 22, 2009, to March 29, 2019. His character was the son of Sonny Corinthos (Maurice Benard) and his former flame, Olivia Falconeri Quartermaine (Lisa LoCicero). There were rumors that the actor could return to the daytime series. He said he would be open to it if GH would have him. However, nothing has been confirmed yet.

The General Hospital alum had previously auditioned for another role on the soap many years earlier. However, the part was given to someone else. There was a significant delay in the soap casting Dante, according to a GH wiki, and a lot of rumors were circulating. Suddenly, it was confirmed that Zamprogna got the part. He learned about the opening from his manager and sent them an audition tape. He was instantly offered a contract and the rest is history.

He got his start in 1991 when he was cast in FX/2. After that, he snagged roles in Are You Afraid of the Dark?, The Neverending Story, Kung Fu: The Legend Continues, Tales From the Cryptkeeper, Odyssey 5, Edgemont, Supernatural, Battlestar Galactica: The Resistance, Battlestar Galactica, Bionic Woman, The L Word, Smallville, 2012, and Tin Star.

We send out a big congratulations to Dominic Zamprogna’s victory of becoming a naturalized citizen of the United States! What do you think of the GH alum embarking on the journey to become an American citizen? Do you miss seeing his character on General Hospital?