Days Of Our Lives Spoilers: Hope And Ciara Find Ben, But They’re Too Late 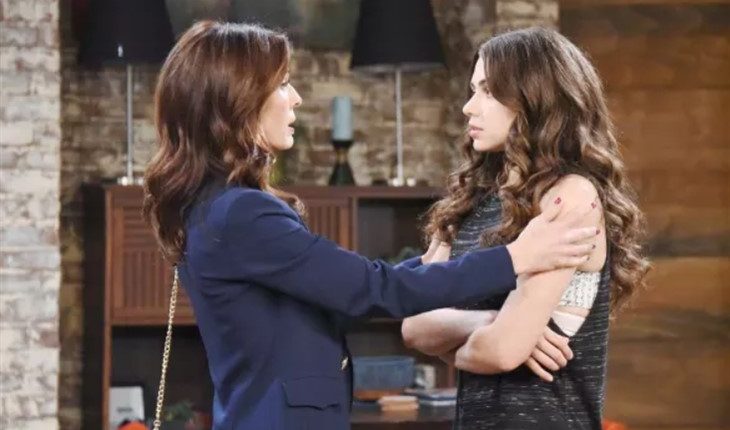 NBC Days Of Our Lives spoilers for the week of August 3 reveal that Hope Brady (Kristian Alfonso) and Ciara Brady (Victoria Konefal) finally locate Ben Weston (Robert Scott Wilson). However, they are too late. This doesn’t mean that Ben is dead, though. There could be another horrifying chapter for the groom who worked so hard to turn his life around.

Days Of Our Lives Spoilers – Hope Brady Gets Information

DOOL spoilers reveal that Hope gets some information about Ben’s captor. What is interesting is that it comes from a returning character, who is none other than Chloe Lane (Nadia Bjorlin). Now, we don’t think Chloe is involved in the “Cin” wedding explosion or Ben’s kidnapping. However, she could be adding things up after learning about what happened. She could realize that Eve Donovan (Kassie DePaiva) and Eduardo Hernandez (A Martinez) are involved.

It is teased that Hope fills in Ciara on the information she learned and the two go searching for Ben. On the way there, Ciara prays that her new husband isn’t hurt. She needs for him to be okay after everything they have overcome together. However, she might come across a scene she is not prepared to see.

Days of Our Lives spoilers reveal that in two weeks, Hope and Ciara located Ben and they burst in to save him. However, they come across a shocking sight. It could change everyone’s lives forever. It also explains why Ben was horrified to learn of his captor’s plan. Death wasn’t good enough for Eve and Eduardo. They wanted to prove to everyone that Ben would always be a killer.

It is teased that Hope and Ciara are “too late.” However, that doesn’t mean Ben is murdered. Is it possible that Eve and Eduardo withhold Ben’s medication from him to make sure he loses his grip on reality again?

Days Of Our Lives Spoilers And Recap Monday, July 27 – Claire Is Exhonorated; Allie Offers Will And Sonny Her Babyhttps://t.co/nvVnfLyjfc

The writers have made sure to highlight the fact that Ben is fine when he takes his medication. If he goes without, they could be intentionally turning him back into the Necktie Killer. What are Hope and Ciara going to do now? How can Ben — and the rest of Salem — be saved from the villain duo’s sinister scheme?

Days of Our Lives (DOOL) Spoilers: Maggie Horton Schemes To Get Bonnie Lockhart Out…

Days Of Our Lives (DOOL) Spoilers: Nicole Suggests Allie Be Hypnotized To Strengthen…