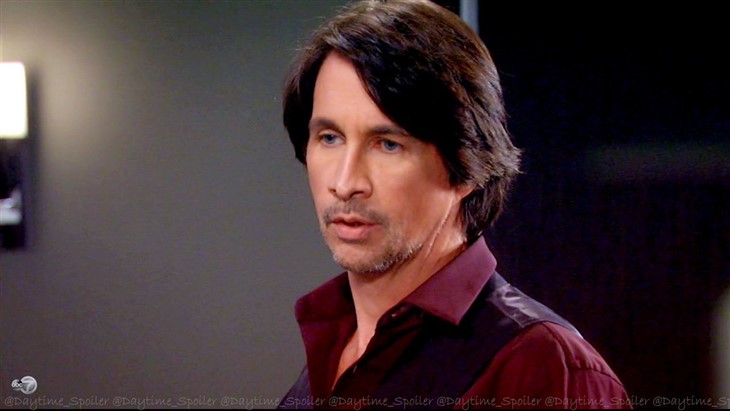 General Hospital spoilers reveal that Michael Easton is sounding off about the trajectory of his character, Hamilton Finn. The California native is a multi-talented actor, author, director, and poet and he’s speaking out about what’s happened to his character after Finn’s debut.

When Dr. Finn arrived in 2016 he was called into GH by Monica Quartermaine (Leslie Charleson) to tend to an ailing Tracy Quartermaine (Jane Elliot). At that time the character was understood to have Obsessive Compulsive Disorder and he came with his therapy animal, Roxy the lizard.

General Hospital Spoilers — Is Dr. Finn Moving On From His Initial Diagnosis?

About his character’s unique behavioral qualities, Easton told Soaps in Depth “Anna (Finola Hughes) straightened him out or something. We don’t see Roxie anymore and now when I do things that I got away with doing before, (the powers that be) say it’s distracting.

What do you mean it’s distracting? This is the character! So Finn can’t clean the silverware or do all the stuff he did. It can be frustrating. You’re always trying to grab back to the character you set out to play, but it’s hard holding on to that in the daytime. We move off and change things.”

All of that is valid since we did use to see Finn’s quirkiness a bit more. And while we’re at it, Finn is not the only GH character to have undergone a personality overhaul.

When Nina Reeves arrived on the canvas she was fresh off of a coma that had left her impaired. When the character debuted Michelle Stafford portrayed her and now Cynthia Watros is in the role.

Nina was initially portrayed as someone with diminished capabilities as well as a vicious mean streak. None of that exists now and fans have been vocal about wondering how Nina came to be a fully functioning adult whose vengeful tendencies seem to have evaporated.

Today Nina seems to have undergone a 180-degree transformation as she is a very loving character who runs a successful business.

General Hospital Spoilers – Characters On Soaps Evolve With The Times

But as Easton noted, things do change on soaps. For that matter, real life is constantly changing as well and people always have the opportunity to grow and change over time. But while life is dynamic, it’s completely understandable that fans, and actors, would enjoy the reassuring aspect of daytime dramas which remain constant and fixed, the one thing we can count on to stay just as we remember it.