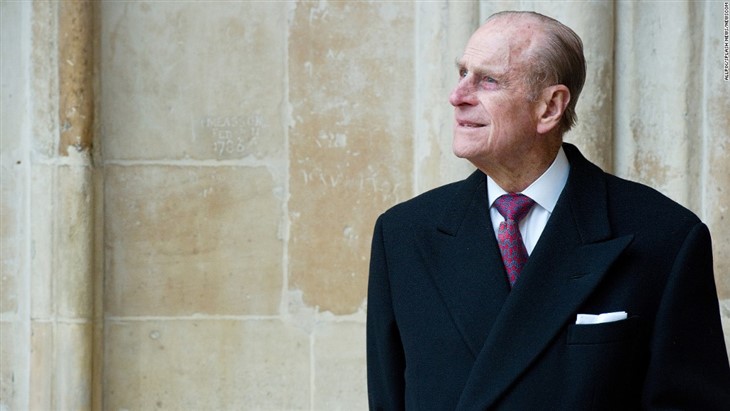 According to multiple reports, Prince Philip refused to get involved with the drama that is Prince Harry and Meghan Markle. Indeed, insiders suggest that Prince Philip was beyond annoyed and actually became enraged when he was told of Meghan and Harry’s plans to quit The Firm, shouting at one point: “What the hell are they playing at?”

More than anything, however, it’s been suggested that Prince Philip was upset at how the news of Harry and Meghan’s imminent departure affected his wife, Queen Elizabeth.

Originally, it was planned that Prince Philip would take part in the discussions on how exactly Prince Harry and Meghan Markle would quit their positions as senior members of the British Royal Family. When all was said and done, however, Prince Philip left Sandringham House for his farmhouse (located on the same estate) in disgust.

All of this has come out as details of the affair were published in the explosive, tell-all book “Finding Freedom,” written by Carolyn Durrand and Omid Scobie and published by Harper Collins. According to the authors: “Although Prince Philip had been expected to participate in the meeting, he left for his farmhouse located on the estate shortly before discussions got underway.”

In any case, Prince Philip apparently wasn’t the only one to have become incensed by the Duke and Duchess of Sussex’s behavior. Carolyn Durrand and Omid Scobie went on to note in their book that: “Several in the family shared that both the Queen and Prince Philip were ‘devastated.”

By now, the entire world knows that Prince Harry and Meghan Markle ostensibly decided to quite Buckingham Palace, the British Royal Family, and England. The pair moved first to Vancouver Island in Canada before heading south to Meghan Markle’s old stomping grounds in Los Angeles. There, the Duke and Duchess of Sussex were supposed to become financially independent, although to this day they receive £2 Million per year from Prince Charles’s Duchy of Cornwall.

So far, Prince Harry and Meghan Markle haven’t made a dime of their own money since the debacle known as “Megxit.” Perhaps this is due in part to the fact that Queen Elizabeth made it hard for the couple to capitalize on the fact that they were formerly senior members of the Royal Family. For example, while Prince Harry and Meghan Markle retain their “HRH” (His and Her Royal Highness) titles, they aren’t allowed to use them to further their careers outside the monarchy.

Still, Meghan and Harry have managed to sign with one of the world’s leading public speaking firms. The Harry Walker Agency in New York, which boasts both former presidents Clinton and Obama (and their wives) on its roster of speakers signed both Harry and Meghan not long ago. However, to date, neither Prince Harry nor Meghan Markle has actually been booked for any lucrative speaking engagements.

Meghan Markle Wanted Her Father To Risk His Life To Be At Her Wedding https://t.co/OSZyY1PxxR pic.twitter.com/uO7bJzCMMX

It should be noted that some believe Prince Harry and Meghan will end up crawling back to Queen Elizabeth on their knees begging forgiveness if their jobless situation continues for the long-term. While others might think that’s unlikely it ought to be noted that so far, Prince Harry isn’t able to work in the U.S.A. and he’s not even attempted to rectify that situation.

Meghan can’t be a hundred percent happy with that reality, and she herself appears to be stagnating except for her feeble attempts at political activism. In the end, Prince Philip and Queen Elizabeth may indeed have the last laugh.