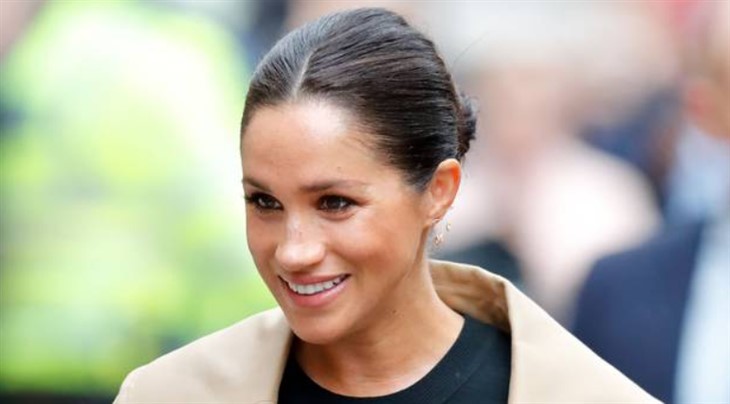 According to quotes in the supposedly explosive, tell-all book, “Finding Freedom” by Carolyn Durrand and Omid Scobie and published by Harper Collins, Meghan Markle, is reported to have said of the British Royal Family: “I gave up my entire life for this family. I was willing to do whatever it takes. But here we are. It’s very sad.”

To this, many fans of Buckingham Palace are simply rolling their eyes in disgust. Meghan Markle “gave up her life” for the Windsors? Really? Who twisted Meghan Markle’s arm and forced her to marry Prince Harry? What kind of sacrifices did Meghan make that she wasn’t truly on board with from the very beginning? Didn’t Meghan Markle’s status, fame, and notoriety skyrocket following her marriage to Prince Harry?

Moreover, hasn’t Meghan Markle’s overall financial standing improved since marrying a British prince? Reports indicate that Meghan’s net worth was hovering somewhere around $5 Million at the height of her popularity as “Rachel” on the hit television series, “Suits.” Now, after marrying Prince Harry, Meghan Markle shares in a combined net worth of about $30 Million +.

Yet, Meghan Markle “gave up her entire life” for the British Royal Family.

Now, some might interpret Meghan’s words to mean that she believes her “life” was acting. In that case, so far, Meghan actually would be correct. Since marrying Prince Harry, Meghan hasn’t done anything within the entertainment industry except for a small voice-over gig for Disney. Some might recall that Meghan was actually lambasted for working that job because it broke Royal protocol.

Even so, since Prince Harry and Meghan Markle stepped down from their duties as senior members of the British Royal Family, Meghan hasn’t really attempted to return to her former career. That’s not to say that Meghan couldn’t go back to acting if she wanted to. Indeed, there were initial reports that Meghan was taking meetings with Hollywood producers, casting agents, talent agents, and more in an attempt to find a project she might find suitable. (No pun intended.)

To date, however, the Duchess of Sussex hasn’t apparently worked too hard to get in front of a camera save for moments when she’s able to spread her political views. Because of this, some feel that Meghan may no longer have an interest in an acting career and instead has segued into pushing her political ambitions.

If that’s the case, then even in this Meghan’s association with the British Royal Family might be helping her since again … her fame and notoriety as the wife of a British prince open a lot of media doors that might otherwise be closed to her. Consider for a moment what sounds more interesting … Meghan Markle the actress, whose biggest role was on television, speaking about her political views … or Meghan Markle, the Duchess of Sussex and wife of Prince Harry speaking on issues of social justice, gender equality, and more?

When put in that light, most would say that Meghan Markle gave up very little … and practically gained the world.