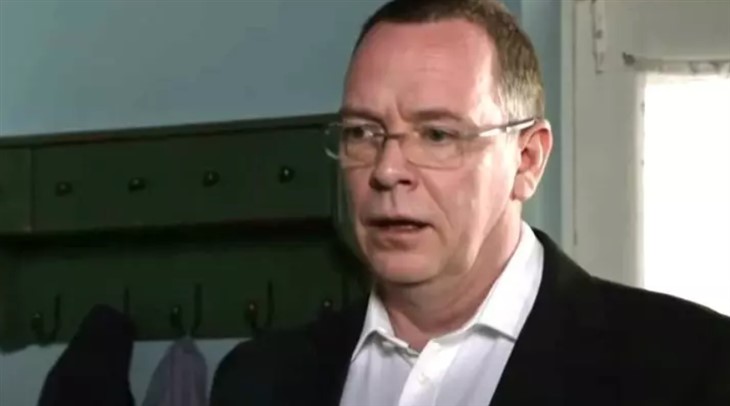 BBC Eastenders Ian Beale (Adam Woodyatt) spoilers reveal that Ian Beale (Adam Woodyatt) is keeping a huge secret from Sharon Watts (Letitia Dean). Fans know that is his role in her older son’s tragic death during the 35th-anniversary special. Now, he has bought The Vic for her out of guilt. But after months in lockdown, the bombshell will be exposed, the actor teased.

As fans recall, Ian locked Dennis Mitchell (Bleu Landau) in a cabin, and then the boat began flooding. Even though he tried to free him at the last minute, it would prove to be too late. They were both swept out in the gushing water and then Ian took the credit for trying to “rescue” Dennis. Plus, he allowed Phil Mitchell (Steve McFadden) to take the blame for the boy’s death.

Eastenders spoilers reveal that Ian is still holding onto his secret. Dotty Cotton (Millie Zero) knows the truth, but the evidence she had Ian destroyed. Now, if she comes forward and tells Sharon, it will be her word against Ian’s. However, Woodyatt appeared during a segment of Secrets From the Square and the actor confirmed the truth will be exposed soon.

“He’s been locked in The Vic with Sharon and the baby. Ian’s still got the guilt of what happened to Dennis. Lies will eventually… they’ve got to come back and bite him.”

Eastenders Spoilers – When Will Truth Come Out?

Although the actor didn’t say exactly when the truth would come out, he mentioned lockdown. So, when the soap returns in September, the truth will either have come out during lockdown or shortly after restrictions are lifted. So, we should expect to see the bombshell secret be exposed before the end of the year.

How Will Mother React?

Sharon will be furious with Ian, that’s for sure. She has leaned on him for support constantly ever since Dennis’ death. She considers him a good friend, even though he feels something more for her. He has worked overtime to make sure his lies aren’t discovered. He was going to allow Phil to go to prison for Dennis’ death and didn’t intend on saying a word. All that time that Sharon spent angry, raging, devastated, and grieving and she didn’t even know the whole truth.

It’s pretty safe to say that Ian is going to feel a mother’s wrath, but how will she avenge Dennis’ death? That remains to be seen, but it won’t be pretty, that much we know.