The Bold And The Beautiful Spoilers: Liam Rushes To Hospital, Steffy’s Special Request 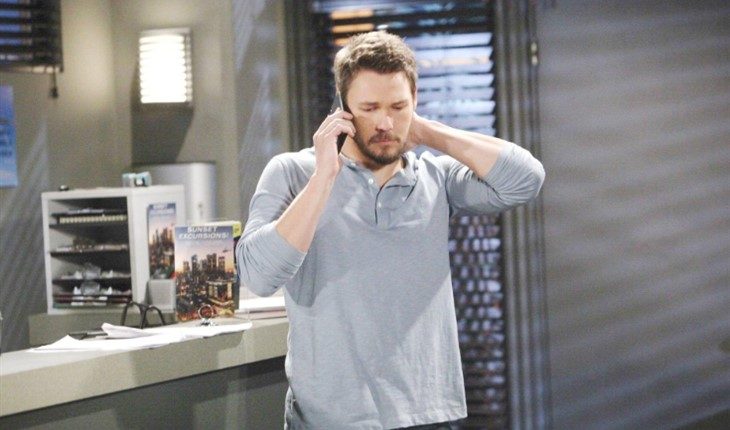 The Bold and the Beautiful spoilers reveal that Liam Spencer (Scott Clifton) learns about Steffy Forrester’s (Jacqueline MacInnes Wood) accident. He rushes to the hospital to be there for the mother of his child. Once he checks in on Steffy, she makes a special request. What could it be and will Liam agree? Keep reading to find out more about this storyline.

B&B spoilers reveal that during the upcoming week, Detective Alex Sanchez (Jeremy Ray Valdez) shows up at the hospital. He gets Bill Spencer’s (Don Diamont) statement and Brooke Logan Forrester (Katherine Kelly Lang) listens on. She finds out everything that happened leading up to the accident.

The Bold And The Beautiful Spoilers: Katie Can’t Trust Herself – Steffy’s Accident Has Her Reconsidering Split From Bill

However, this won’t make Ridge Forrester (Thorsten Kaye) any less furious. He thinks that it’s just one more incident of Bill destroying his family. He tells Bill to leave and doesn’t allow him in Steffy’s hospital room.

At some point, Liam finds out that Steffy has been involved in a motorcycle accident and is hospitalized. According to TV Guide, he races to the hospital to go check on the mother of his child. By that time, Steffy has woken up and has been informed about her injuries. She is told that it will take several weeks for her to heal and she tries to find how much pain she is in from her loved ones.

The Bold And The Beautiful Spoilers – Steffy Forrester’s Special Request

The Bold and the Beautiful spoilers reveal that when Liam comes to see Steffy, she has one special request. She doesn’t want anyone telling their daughter about the accident. Of course, Kelly Spencer (Colette and Avalon Gray) is going to wonder where her mother is, so it will be interesting what story Liam and Hope Logan (Annika Noelle) give the child.

In any case, expect Steffy to be released from the hospital by the end of the week. Interestingly enough, it is stated that Liam and Hope welcome Steffy home afterward. But this isn’t the end of the story. Steffy has refused pain medication and tries to power through, which Dr. John “Finn” Finnegan (Tanner Novlan) warns her about.

He also fills in Ridge on his daughter playing the hero. Then, there is the investigation into the crash and Ridge wants Bill to pay the price.