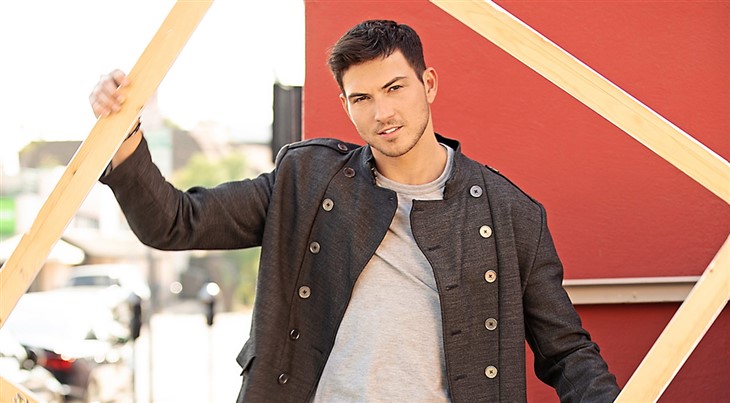 Days of Our Lives actor Robert Scott Wilson currently plays Ben Weston. However, he is also staying busy with other projects. He is not only starring in but is also one of the producers of the upcoming film. Keep reading to find out what it is about, title, and what other projects the soap star is working on.

Wilson’s character went from the new hottie in town to a troubled soul. Then, he was a serial killer who ended up in Bayview. Now, he is a good guy again but has been kidnapped and Eve Donovan (Kassie DePaiva) has some sinister plans in store for both him and Ciara Brady Weston (Victoria Konefal).

Days Of Our Lives Spoilers: Hope And Ciara Find Ben, But They’re Too Late

As fans know, Konefal just announced she will no longer be a full-time cast member on the NBC soap opera. Since Ben and Ciara just got married, what does this mean for “Cin?” Could Wilson be the next actor to announce he is leaving, too? Well, that information isn’t known yet. Whether he stays or goes, the actor is definitely keeping busy with many projects.

Days Of Our Lives Spoilers – New Movie: Under the Sky

According to Soap Opera News, Wilson has been cast in a new movie called Under the Sky. He plays Mitch Landau. The film is about one night, six strangers, and endless possibilities. So far, Wilson is the only cast member announced. However, he is also producing the film along with Matt Roberts. It is being directed by Stephen Marshall Zuckerman. The writer is listed as Don Phillip Smith and the movie is in pre-production stages.

Wilson has an extensive resume, which includes projects such as Bride Wars, The Secret Life of the American Teenager, The Middle, The Bold and the Beautiful, All My Children, and The Bay. He has also booked roles in Stalked By a Reality Star, American Fright Fest, Ladies of the Lake: Return to Avalon, and is currently working on Bros.

More information about Under the Sky will be released as production gets further alone. What do you think of the vague plot that has been teased so far? Who would you like to see be cast in the movie along with Wilson? We will keep you posted with new developments and information as it becomes available.