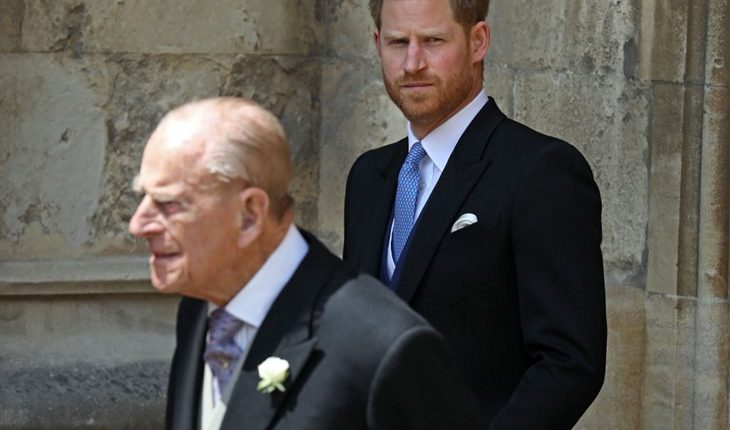 Prince Philip, The Duke of Edinburgh, was in the Royal Navy and the Captain-General of the Royal Marines for over six decades. In that way, he shared the love of the military with his grandson, the man formerly known as Prince, Harry.

Three years ago it was decided that Philip would hand off this role to one in the younger generation and Harry was chosen. A touching ceremony was held and (before Meghan) Harry often said his time in the Army represented the happiest days of his life. But now this bond between the military men is now ripped open and gone thanks to Megxit.

Meghan Markle’s ‘Soulmate’ Biographer Is On The Hot Seat After ‘Finding Freedom’ Fails To impress?

Harry impetuously expected to have his cake and eat it too when he declared he was leaving the country and his family yet wanted to retain his royalness. That would not be the end result as he was told to choose and he chose to give up his military titles when he snubbed his former life by shedding his senior royal status in March.

What this means now is that no one currently is carrying out the role once entrusted to Harry. Harry had the honor for less than three years. Now it is being hypothesized that this rupture may have led to the decision to have Camilla take over The Rifles.

In the Pod Save the Queen show, hosted by Ann Gripper and Russell Myers, Myers was talking about Camilla and The Rifles when he touched on how fabulous Philip’s gift to Harry was before the younger royal threw his royalty away.

“The reason I think this is quite significant is that the last time a big military role like this was passed over to one of the younger generations was, of course, Harry was made Captain-General of the Royal Marines in 2017. Now, Prince Philip had held that role for 64 years.”

“Camilla is seen as a very, very safe pair of hands and people I spoke to today were saying ‘really safe pair of hands, hugely popular choice’ and there’s obviously a good feeling within the camp that it’s a good role for her to take on.”

Gripper said, “That Prince Philip picture handing over the role to Prince Harry was one of the famous latter ones of his working life, so it’s good to have a better one, a more lasting one.”

Wow, is there anyone who has not been left with a bad taste in their mouth by Harry and Meghan’s infuriating conduct?