Days Of Our Lives Spoilers: Brandon Barash Talks His New Character, His New Accent and More! 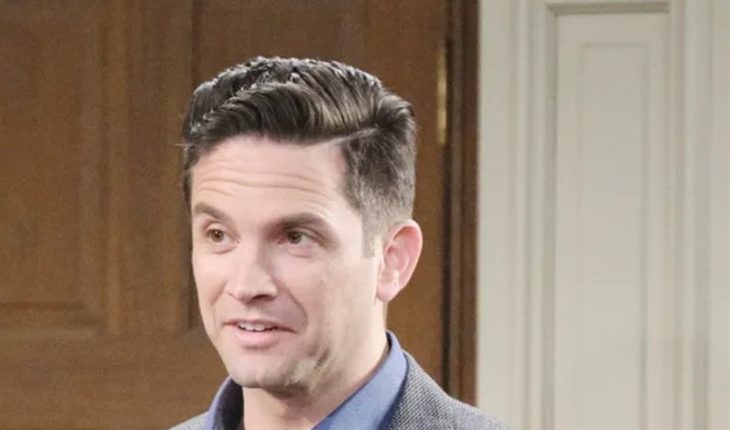 Days of our Lives spoilers reveal that Brandon Barash is back on DOOL but as a totally new character than the one fans were used to. He is now Jake Lambert, a humble but savvy mechanic and as such he is a world away from his last role as Stefan DiMera.

Fans are absolutely loving the change, enjoying how seamlessly the actor has transitioned from the role of a privileged titan of industry to a messy, mob-involved grease monkey. What does Brandon think about the switch-up?

The handsome and talented star recently spoke to Soap Opera Digest about his new iteration as a DiMera heir. For starters, he is thrilled with the way that Jake talks, which is in a deeper, more accented manner than Stefan. Just how did Jake come to have this particular intonation?

According to Brandon, “There was an audition that I had for another show about a year prior to my return to Days,” he shared.

That show required a Pittsburgh accent so Brandon brushed up on what that sounds like. According to him, the Pittsburgh dialect is unique and it required him to go online to do some research. “There are certain ways you kind of hold your words in your mouth,” he said.

“When it came time to play the character of Jake, I did pretty much what I did for that audition,” he shared, and the rest is history!

He added that he wasn’t going after a recreation of an accent he had heard in the past or saw on film or television. “It was not a specific actor that I went after,” he said. But he did say that Jake reminds him sometimes of Benicio Del Toro’s character of Fenster from the film The Usual Suspects. Do you hear the resemblance?

Days Of Our Lives Spoilers – What Will Jake Lambert Do Next In Salem?

Right now Jake is living in the DiMera mansion so will it be a matter of time before he drops his rugged accent for a more cultured one? We hope not since Jake is a unique character in Salem and having Barash play a very different character from Jake’s identical twin is refreshing!