General Hospital Spoilers: Who Should Maxie Be With Once Peter Is Gone? Vote Now! 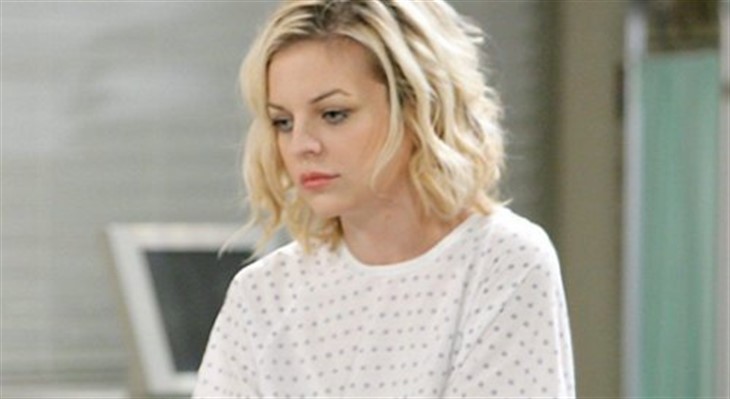 General Hospital’s Maxie Jones (Kirstin Storms) needs a new man. Peter August (Wes Ramsey) is eventually going to be exposed and taken down. Who should Maxie be with?

General Hospital’s Dante Falconeri (Dominic Zamprogna) is returning to Port Charles. Dante is another cop, that puts him in a bed light already. Dante is also Maxie’s best friend’s ex-husband. Maxie and Lulu Spencer (Emme Rylan) often go after the same type of man. Maxie could find herself attracted to Dante now that he’s free. However, it is unlikely that Maxie would date Dante. Dante finds Maxie annoying and probably would not want to be with her either. Could Maxie and Dante give romance a try?

General Hospital’s Chet Driscol (Chris Van Etten) was attracted to Maxie but she chose to date Peter instead. However, Chet may still be interested if he’s still in Port Charles. Chet wanted to date Maxie, not use her. Peter has done mother but use Maxie and hide behind her. Maxie needs a man who will put her first and Peter is not it. Will Maxie give Chet a chance to be there for her? Can Maxie and Chet have a future together after Peter? Is Chet still interested after being brushed off?

General Hospital’s Damien Spinelli (Bradford Anderson) loves Maxie and wants to protect her. Spinelli has warned Maxie about Peter from the start. Maxie doesn’t want to hear anything about Peter from anyone. Now that Maxie may be pregnant with Peter’s child, she’s going to be more determined not to believe anything against him. Can Spinelli convince Maxie that Peter is not the man for her? Will Maxie turn to Spinelli once the truth about Peter comes out?

General Hospital’s Michael and Maxie have chemistry. However, Michael is currently married. If Michael loses custody of Jonas Quartermaine Corinthos (Theo and Eric Olson), he and Willow won’t need to stay married. Will Michael and Willow divorce after the custody battle? Will Maxie and Michael bond over their children?