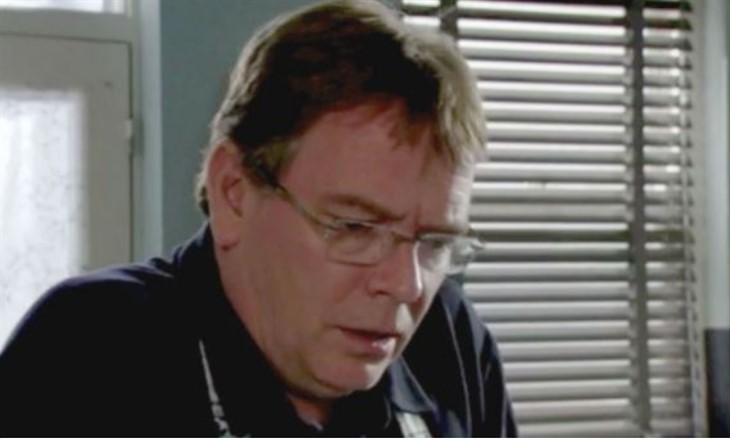 Eastenders spoilers reveal that Max Branning (Jake Wood) will be dealing with a brand new betrayal. The offender is none other than Ian Beale (Adam Woodyatt). A first look of the soap’s return in September 2020 was shown on Secrets From the Square with special guests Wood, along with Scott Maslen, who plays Jack Branning.

In Monday’s episode of Secrets From the Square, it is confirmed that when the soap returns in September, Max will face a new betrayal. It has to do with his restaurant. It turns out that Ian is up to no good once again and ends up taking all of Max’s money.

This might tie into Ian’s story of investing in Queen Vic for Sharon Watts (Letitia Dean). Woodyatt recently appeared on Secrets From the Square, in which the actor said the lockdown would bring him a lot of financial trouble.

Eastenders spoilers reveal that a short video clip was aired. It showed Max confronting Ian over what he has done. He is understandably shell-shocked over the massive betrayal.

“You’re unbelievable, Ian. That’s my money, Ian! That’s every penny. That’s everything that I own.”

Newer viewers might not know the backstory. So, it was explained to host Stacey Dooley. Wood explained that just before lockdown, Max signed over half the restaurant to Ian in order to hide the asset from Rainie Branning (Tanya Franks). Max and Rainie have finalized the divorce, so he needed a way to keep her from getting the money from the restaurant.

“Max half-owns the restaurant with Ian Beale, but I think, just before lockdown, you saw him sign it over to Ian because he’s trying to hide the money from Rainie. Because, obviously, the divorce has been finalized, so Ian offers to take on half of the business to prevent Rainie from getting half of the divorce money. Max thought it was a great idea at the minute.”

According to Digital Spy, it is teased that this might not be the only situation that Max will face when the soap returns. It has been hinted that Max will get himself in another frustrating predicament. The actor also said that viewers will be pleased to see Max up to his old shenanigans once again.