Meghan Markle One Of The ‘Coldest’ Royals Ever? – Former Friend Gives Details 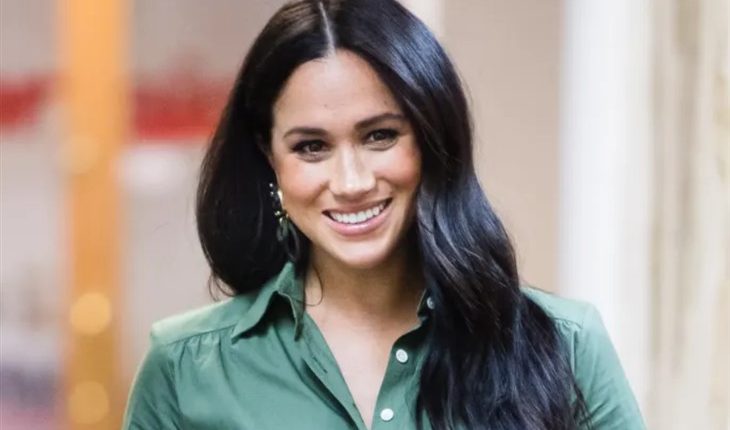 Those who have watched Meghan Markle over the years may be right to be concerned about her apparent cold behavior toward former friends and lovers. According to previously close insiders, Meghan Markle is well-known for being strategic when it comes to those with whom she chooses to associate. Is there some personal advantage in the relationship for Meghan? Can a personal advantage be created somewhere down the line if Meghan chooses to befriend or marry this person or that? That all sounds cold and calculating, but these questions are precisely what Meghan Markle asks herself if what one of her oldest friends now suggests is true.

For example, reports from British tabloids quote Meghan Markle’s old friend Ninaki Priddy (who was friends with Meghan from the age of 2) suggest that Meghan’s marriage to ex-husband Trevor Engelson was all part of a pre-planned strategy. For Meghan, that could have been conscious or unconscious but the fact remains that once Trevor was no longer of any use to her, she ditched him like an old Kleenex.

Is Meghan Markle Better Off Today Than She Was A Year Ago?

Meghan Markle Was “Cold” And “Calculating”

Information coming out about Meghan’s marriage to Trevor Engelson suggests that when she’d gotten what she wanted out of the relationship, it was simply time to move on. Indeed, Ninaki Priddy suggested that Meghan Markle is exceedingly cold and calculated, “in the way she handles relationships.” Some believe this is a pattern with Meghan and that Ninaki Priddy is on to something others are just now coming to realize.

In fact, if that pattern holds true … at some point, Prince Harry could find himself cast aside if and when Meghan begins to believe there is no longer any social advantage to her royal marriage. Some believe Prince Harry might be wise to pay very close attention to his wife’s behavior if any of the above is a remote possibility.

Remember, Meghan has coldly cut off her own father (after he’s essentially funded her entire education), her former husband Trevor Engelson who was also quite wealthy, and both Ninaki Priddy and Jessica Malone … women who were at one point or another supposedly her best friends.

Queen Elizabeth Tells Harry He Will Always Be Welcome Backhttps://t.co/wR83FwLnvu

If all of that is true, some feel Meghan might be displaying the traits of a very high functioning, female psychopath. For example, in the article, “Female Psychopaths: Are There More Than We Think,” Joni E. Johnston, Psy.D wrote that, “Researchers found that … a woman whose extreme fear of abandonment leads her to periodic outbursts of rage over real or imagined transgressions flips between seeing her significant other as either completely perfect or totally evil or who has to constantly be the center of attention certainly isn’t who we think of when we think of the classic psychopath. But, she may be just as incapable of true empathy, and just as manipulative and deceitful, as the callous, unemotional male.”

Now, no one is claiming that Meghan Markle is indeed a female psychopath, but some believe she may display one or more of these characteristics. That leads some to believe that Prince William may have been quite right when he told Prince Harry, “Don’t feel you need to rush this. Take as much time as you need to get to know this girl.”