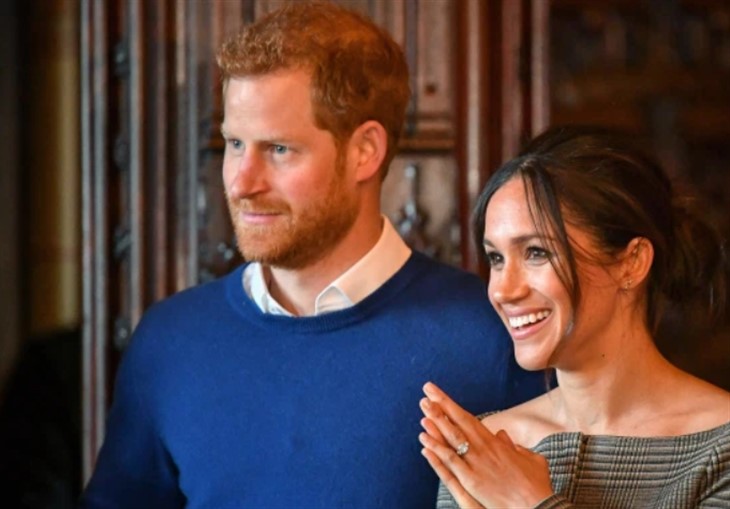 Prince Harry is displaying classic symptoms of an insecure man, according to insiders. In fact, according to reports Prince Harry revealed that he wanted to marry a woman who had celebrity status before he ever met Meghan Markle. Of course, this simply screams insecurity and a deep-seated need for validation on the part of the Duke of Sussex. It’s as if, some belief, Prince Harry doesn’t feel he’s worth anything unless he has high-status arm candy.

Now, to be perfectly fair there are many men who prefer to marry beautiful women, and Prince Harry isn’t abnormal for that. Rather, it’s the fact that Prince Harry desperately wanted (or needed) to have that beautiful woman be someone others saw as high-status as well as physically beautiful.

Is Meghan Markle Better Off Today Than She Was A Year Ago?

Indeed, the release of the bombshell book, “Finding Freedom” has revealed that Prince Harry told a friend, “only somebody who was already in the public eye would be able to understand and handle everything that goes with being [a prince]”.

Prince Harry Fell Into A Trap

To be fair, the friend who dished concerning Prince Harry’s secret desire to marry a hot starlet also said that no one believes Prince Harry deliberately or consciously set out to marry someone like that. However, that’s not how things seem to many who have watched the relationship between Prince Harry and Meghan Markle unfold.

As Dr. Steve Mariboli has been quoted as saying, “The only permission, the only validation, and the only opinion that matters in our quest for greatness is our own.” Yet, that’s not what people see when they look at Prince Harry.

Consider for a moment the fact that while Prince Harry used to have a lot of friends, an inner circle, etc. once Harry met Meghan … she evidently became his all in all. It’s like when Prince Harry isn’t around Meghan, he’s sitting at home thinking of Meghan. Indeed, some believe Prince Harry’s entire life has become consumed with his wife.

Now, putting one’s spouse first is fine and dandy … but that’s not what people think is happening when it comes to Prince Harry and Meghan Markle. No, many believe the relationship between the Duke and Duchess of Sussex is more obsession that the sweet commitment of putting a wife first.

It’s the sort of thing where one wonders if Prince Harry wanders around their palatial rental in Los Angeles asking Meghan constantly, “Do you love me?”

Meghan Markle’s So High Above Him

While everything written above might sound a bit mean, Prince Harry’s own words appear to confirm it all. In a 2017 interview, Prince Harry said of Meghan Markle that, “I was beautifully surprised when I walked into that room and saw her. I thought ‘I’m really gonna have to up my game …”

In other words, right off the bat, Prince Harry felt that Meghan Markle was out of his league. He put Meghan on a pedestal, Like Cleopatra, Joan of Arc, or Aphrodite. While it’s been argued that Prince Harry just wanted to find a woman who would be okay with fame … and a Hollywood star would obviously fit the bill, others feel it’s just horrifically obvious that Harry was seeking agreement or approval from friends and family that “this girl” was hot, sexy, and (although coarse) hey … “look who I’m banging.”

It’s no wonder then, that some believe Harry took offense at Prince William’s well-intentioned suggestion “to take all the time he needed” … as an attempt to deny him his prize.

Be sure to catch up on everything happening with Prince Harry, Prince William, Meghan Markle and The Royal Family right now. Come back here often for all The Royal Family spoilers, news, and updates.