The Bold And The Beautiful Spoilers: Courtney Hope Will Be Missed – Sally Leaves Los Angeles 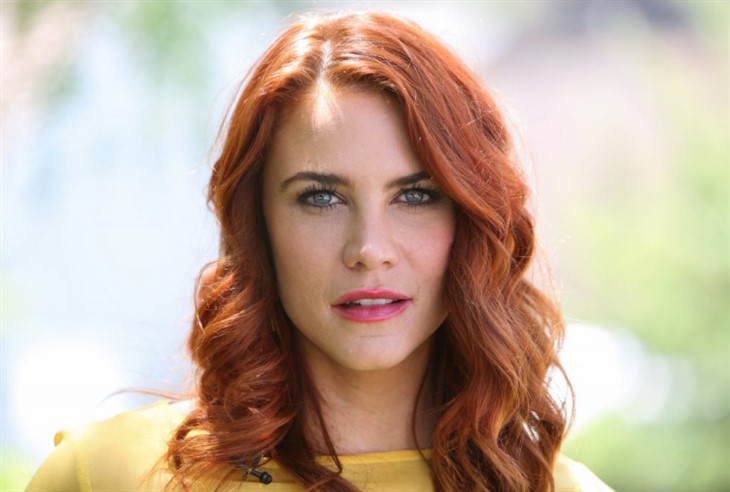 The Bold and the Beautiful spoilers document that Sally Spectra (Courtney Hope) will take Wyatt Spencer’s (Darin Brooks) advice to heart and implement it. Sally was told to leave town during a very emotional conversation. Wyatt said he wasn’t going to turn Sally into the authorities, but that he wanted her to stay away from him and Flo Fulton (Katrina Bowden) because of all that happened.

The hospital room scene took approximately four months to play out, due to the production shutdown and need for classic episodes to be broadcast since late April. So, Hope’s exit from the cast, which normally would have been announced in early May, took place in early August.

The Bold and The Beautiful Spoilers: Carter And Zoe New B&B Super Couple!

The Bold And The Beautiful Spoilers – Spectra Legacy Lives On

Hope joined the cast of B&B in 2017. She was the first actor to embody the continuing Spectra legacy in the specific form of Sally Spectra I’s (Darlene Conley) great-niece. Sally Spectra II’s (Hope’s character) grandmother is Shirley Spectra (Patrika Darbo), who is Sally I’s sister.

Longtime fans know that Sally I was the legacy character who debuted on B&B in 1989. She was Forrester Creations longtime nemesis who was known for stealing designs and behaving with legendary flamboyance.

Sadly, Conley died of cancer in 2007. However, Sally, I appeared on the show twice thereafter. An uncredited actor portrayed this character in 2012 and Ruth Williamson was seen as Sally I during one episode in 2017.

Hope’s dynamic performances make her time on the show particularly memorable. Her romantic involvement with Thomas Forrester (as then played by Pierson Fode), Liam Spencer (Scott Clifton), which was basically a one-way crush, and Wyatt kept this character in central focus.

Sally’s efforts to keep Spectra Fashions alive included a face-off with Bill Spencer (Don Diamont). She famously shot his mock monument to himself, Sky, and was trapped with Liam inside an actual building Bill detonated.

Wyatt became Sally’s object of affection within the last year. But the two brief relationships they had proved to be far more valuable to Sally than Wyatt, which led to the death of hoax and Flo’s kidnapping.

Bold And The Beautiful Spoilers: Kelly In Danger Due To Steffy’s Compromised Condition?https://t.co/kVQVQRnYKx

The Bold And The Beautiful Spoilers – Sally Spectra II Gone For Good?

Hope’s comments on social media announced her departure from the cast, with no known return date planned.

In a portion of her statement she said, “I love my @boldandbeautifulcbs cast and crew and will miss everyone dearly, but await the day we may all play again.”

Daytime has its own mystique. So, Sally won’t be near to Wyatt, or any of the characters who B&B’s fans are able to watch again through fresh episodes.

Knowing the Spectra spirit, Sally will reset her life and return to Los Angeles, California, with full zest at some future point.