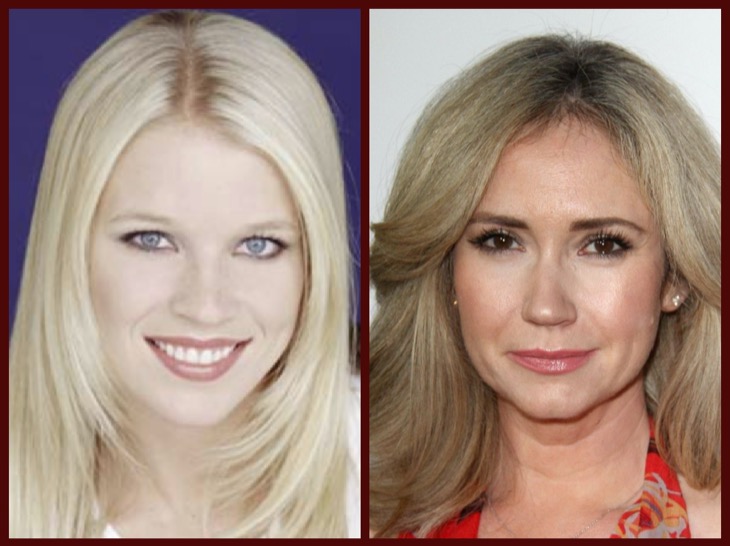 General Hospital spoilers reveal that two GH alums are set to star together in a new movie. Ashley Jones who played Parker Forsyth and Alicia Leigh Willis who played Courtney Matthews have teamed up in the upcoming TV movie, Double Kidnapped.

Jones also starred on The Bold and the Beautiful as well as General Hospital and Willis stars in The Bay. Willis will play the role of Joanna and Jones will star as Mandy in the film.

In addition to the two talented and beautiful actresses, the movie also features Robert Pralgo, Emily Skinner, and Sam Ashby. There have not yet been any details divulged for the movie but as soon as we have them we will bring them to you here.

Ashley Jones was mired in a bit of controversy in her GH role. She played the part of Parker Forsyth, one of Kristina Corinthos’ (Lexi Ainsworth) college teachers. The two ended up having an affair and many thought the older woman was using the young student.

The pair had their fair share of obstacles to get over the biggest of which was Kristina’s mom Alexis Davis (Nancy Lee Grahn).

Grahn was horrified that an older person would carry on with her daughter and did what she could to end the relationship. Kristina’s dad Sonny Corinthos (Maurice Benard) tried to be more understanding and he assured her that her orientation was not an issue for him.

Eventually, Parker left, and eventually, Kristina joined a cult which is a whole other story.

GH Spoilers – Alicia Leigh Willis Could Come Back From The Dead?

During her time on the show Alicia Leigh Willis played Courtney, Sonny’s half-sister. She died tragically but she had a son, Spencer Cassadine (Nicolas Bechtel) who is still on the canvas. He is the son of Nikolas Cassadine (Marcus Coloma). Courtney’s dad Mike Corbin (Max Gail) is in the last stages of an Alzheimer’s battle. So the character has plenty of stories to be involved in if TPTB decided to bring her back.

General Hospital Spoilers – Should Courtney Come Back To GH?

Yes, I know, she is dead. But that’s nothing when you live in a soap opera! Now that the show has returned with new content it would be a great time to reintroduce the character. She would have much to do tending to her family members at the very least, don’t you think?