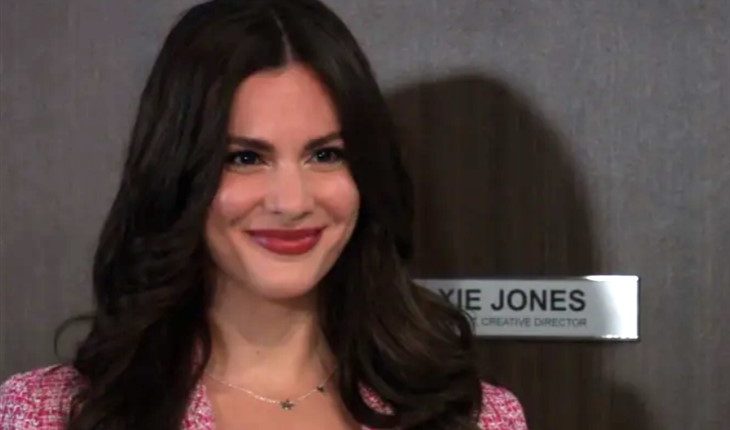 General Hospital spoilers and updates tease that there’s a lot to talk about in terms of Brook Lynn Quartermaine at the moment. First of all, she’s sporting a brand new look!

Today actress Briana Lane debuted as the fill-in for Amanda Setton who is on maternity leave. The recast is temporary and this means we get to enjoy two fabulous actresses give their take on the inimitable character known as Brook Lynn.

Lane’s impressive resume includes CSI, Law & Order: LA, Bones, Hawaii 5-0, and 911. She’s also been in Hills Chihuahua 3: Viva La Fiesta! and A Kind of Magic. Additionally, this isn’t her first soapy rodeo: she was Hope’s Double on Days of our Lives in 2006.

General Hospital Spoilers: Who Should Maxie Be With Once Peter Is Gone? Vote Now!

This brings us to the second point about the GH character and that is there needs to be an immediate cease and desist order taken out against anyone calling her BLQ.

Here are three reasons why referring to Brook Lynn Quartermaine as BLQ is just w-r-o-n-g.

#1 BLQ Sounds Like A Menu Item Not A Person

Today Brook Lynn’s new “agent” Valentin Cassadine (James Patrick Stuart) repped her singing talent, and sold her hard, to the Deception crew. Every time he called her BLQ I wanted to order fries with that.

#2 Brook Lynn Was Named For A Reason, Everybody Knows That

Brook Lynn’s mom, Lois Cerullo (Rena Sofer; Lesli Kay), named her Brook Lynn for a sentimental reason. When Lois met Brook Lynn’s dad, Ned Quartermaine (Wally Kurth), she was plain old Lois from the block. She was a proud Bensonhurst, Brooklyn girl and although she eventually relocated to Port Charles she never left her New York roots behind.

She named her daughter after her hometown, Brooklyn, New York and to not call her that is a travesty against her loyal mom. Brook Lynn was not only named after the city, she was born in Brooklyn as her parents were estranged at the time.

No one is going to mistake Brook Lynn for a Nobel laureate, but that doesn’t mean she needs to share her name with one. What’s wrong with Brook Lynn? Sometimes writers need to leave well enough alone, and if it ain’t broke, don’t fix it!