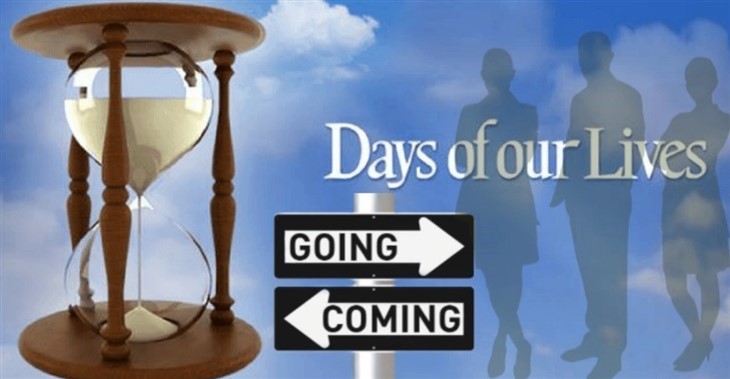 Days of Our Lives comings and goings for the week of August 10 reveal that one major character will be recast. The new actress debuts in scenes that air next week. Plus, there is confirmation of two more cast members leaving the NBC soap opera. Keep reading to find out more information and get an idea of what to expect.

DOOL comings and goings reveal that Olivia Rose Keegan is leaving the NBC soap opera. We all knew that she was only back for a limited time. However, everyone assumed that her character would also be temporary. That turns out not to be the case because Claire Brady has been recast.

Days Of Our Lives Spoilers: Ben Fights Urge To Murder Ciara – But For How Long?

Isabel Durant, an Australian actress, has been tapped to play the new Claire. She can be seen in the sneak peek video clip for next week. Claire confronts Eve Donovan (Kassie DePaiva) and the exchange looks pretty heated.

What we know is that while Eve is eavesdropping on Ben Weston (Robert Scott Wilson) and Ciara Brady (Victoria Konefal), Claire calls her out. Then, Even switches gears and begs Claire not to turn her in. Later, Ben will walk into Dr. Marlena Evans’ (Deidre Hall) office and instead of finding “Doc,” he will encounter Vincent (Michael Teh).

Days of Our Lives comings and goings confirm that fans were shocked when Greg Vaughan said during a podcast that he was no longer on the soap opera. That means Eric Brady is going to be leaving Salem. Although recasting is a possibility, we really can’t see fans buying another actor playing the part. We are just waiting for Arianne Zucker to announce she is leaving as Nicole Brady because we don’t imagine “Ericole) will break up. At least, we certainly hope not!

Days Of Our Lives Spoilers: What Will Gabi’s Exit Story Be? Here Are Some Theories https://t.co/UTCis6cYU2 pic.twitter.com/rEKfLdLKqB

It is also confirmed that Victoria Konefal will no longer be a full-time cast member. However, there is a chance we could still see Ciara Brady once in a while unless they plan on tearing apart “Cin” forever. So far, Robert Scott Wilson has not stated whether he is staying or leaving the role of Ben Weston.