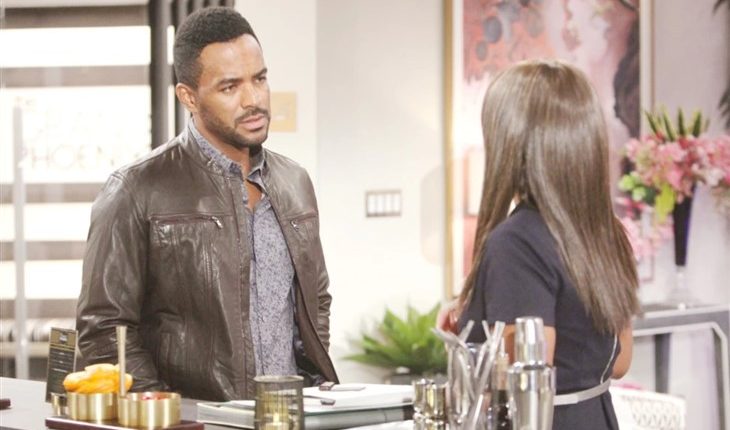 The Young and the Restless spoilers document that Amanda Sinclair (Mishael Morgan) is becoming more established in Genoa City, Wisconsin. Her arrival last year made a super splash, which wasn’t what she was expecting.

The stunning resemblance between Amanda and the late Hilary Hamilton (Morgan’s first Y&R role) was obviously something everyone in GC couldn’t help but react to. That issue was shelved though, as Amanda began developing her own life. Fans assumed the identical twin angle is destined to be pursued and possibly confirmed at some point.

Now, a year later, Amanda is establishing herself professionally and has developed some meaningful friendships, including one with Billy Abbott (Jason Thompson).

Young And The Restless Spoilers – Nate Hastings Appeared To Be Promising

Nate Hastings (Sean Dominic) previously shared information about a serious relationship he had that ended when his girlfriend died. He hasn’t been lucky in love since he returned home, with just one, brief romantic effort with Abby Newman (Melissa Ordway) counted. Nate opted to end that connection because of his take on Abby’s family dealings.

Amanda is someone who caught Nate’s eye awhile ago. He asked her out, after a period of flirting, and she accepted. But teasers indicate that the Namanda nickname won’t trend.

Ripley Turner (Christian Keyes) wasn’t in GC for long, but he definitely made an impact. As fans recall, he wasn’t able to deal with Amanda having ended their relationship in Madison, Wisconsin. So, awhile later, he followed her to Y&R’s famous setting.

Vickie Newman (Amelia Heinle) and Amanda were dressed similarly, which is why Ripley mistook one for the other. Vickie became a stabbing victim as a result. Thankfully, Ripley was caught and faced justice for his actions.

The above made Amanda more fearful than she already was. But Billy consoled her, further deepening their already developing bond.

The Young And The Restless Spoilers – Billy Abbott Pairing Is Intriguing

Morgan’s newest character is a stand-up person, who appears to have her feet on the ground. Billy is the opposite, to define his personality most briefly.

There’s no doubt that Thompson’s character is a sincere father. But many of his adult relationships, including his latest attempt to revive Villy, frayed, sometimes very badly.

3 Reasons Why 'The Young and The Restless' Adam And Sharon Should Be Together #yr #youngandrestless #Shadamhttps://t.co/7fl9eLvNtq

Billy is a charmer, as Amanda has seen. He could also destabilize her life if she’s not cautious. But Nate will be pushed off leaving all options open, potentially including one that leads to a relationship with Billy.