The Bold And The Beautiful Spoilers: Vegas Marriage Fallout Impacts Brooke And Bill – Will They Reunite? 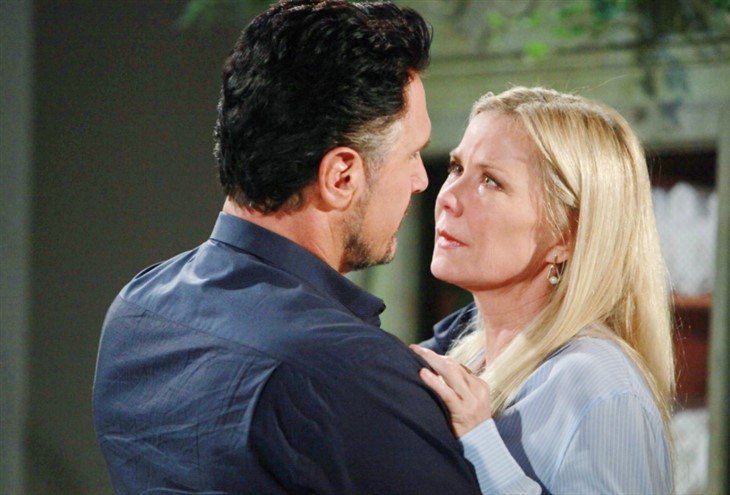 The Bold and the Beautiful spoilers tease that Ridge Forrester’s (Thorsten Kaye) just revealed marriage to Shauna Fulton Forrester (Denise Richards) will impact more than just Brooke Logan (Katherine Kelly Lang). Bill Spencer (Don Diamont) will learn what happened in Las Vegas, Nevada, which was sparked by what happened between him and one of the women he loves.

Katie Logan (Heather Tom) is Bill’s seeming soulmate. But there’s an undeniable part of Bill’s heart that is reserved for Katie’s sister. The continuing consequences that resulted from a misguided sense of comfort have put his hopes to remarry Tom’s character in serious jeopardy.

The Bold And The Beautiful Spoilers – Brooke Logan Is Reeling

Brooke is flabbergasted when Ridge tells her that he participated in a wedding ceremony with Shauna in Vegas. His inability to have initially recalled the event will mix suspicion with Brooke’s rage, but can also establish her later pursuit of the truth.

But in the meantime, a reeling Brooke will simply need to tell a variety of people the shocking news. While she’s taken responsibility for what happened in the cabin, Brooke also blames Bill for once again inserting himself between her and Ridge.

Bill is one of two people who wronged Katie. Brooke is the other and there’s no easy fix to the latest problem the former Brill created.

No one can blame Katie for the stance she’s taken to-date. She simply can’t trust Bill to keep himself in check, or to be responsible and find some way to confront the latent, deep feelings he’s retained for Brooke.

Katie will find Ridge’s marriage as a realization of the classic idiom, which is a group of words that have a meaning that’s not recognizable from the individual words themselves. What goes around comes around, Brooke.

The Bold And The Beautiful Spoilers – Unexpected Pressure Applied

So Brooke is actually single, instead of still married to Ridge. Lang’s character assumed that she and her husband did what was necessary these past months to repair their bond and reunite. But no, that’s not the case at all.

Katie’s decision becomes all the more difficult because Brooke is actually available to Bill. So instead of deciding if Batie will reconcile and hopefully remarry at some point, Katie needs to see how Diamont’s character reacts in the short-term to Brooke’s unexpected status. That’s an additional problem Bill didn’t need.