The Young and the Restless Spoilers: Summer And Phyllis Compete – Which Remarriage Happens First? 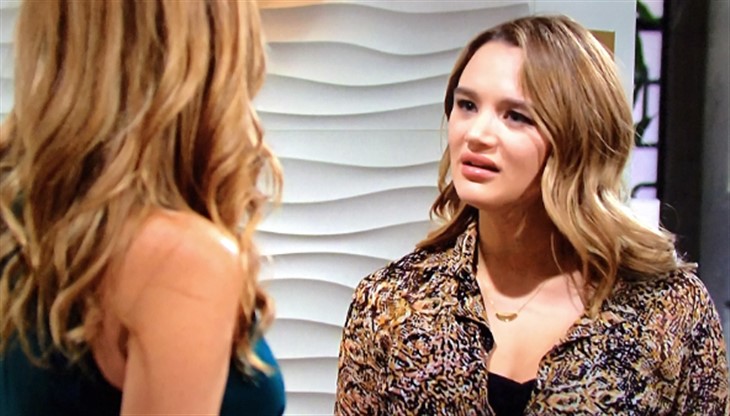 The Young and the Restless spoilers document that Summer Newman (Hunter King) and Phyllis Summers (Michelle Stafford) have both reconnected with their one-time husbands. While Skyle wasn’t a real marriage the first time around, both of Phick’s prior nuptials were legitimate.

As new episodes begin next week, Y&R fans are wondering how long it will be before Summer and Kyle Abbott (Michael Mealor) plan for a real commitment and whether Phyllis and Nick Newman (Joshua Morrow) will take the third plunge?

The Young And The Restless Spoilers – Skyle Revived Without Distractions

Lola Rosales (Sasha Calle) was not a distraction. She was someone Kyle believed he loved. When all was said and done for Kola, Mealor’s character decided that he did care for Lola, but actually never thought of her as he does Summer.

Theo Vanderway (Tyler Johnson) was someone that Summer was interested in getting to know more deeply. Summer reluctantly had convinced herself that Kyle’s misguided connection with Lola might last for a while during the brief period where Tummer was a couple. But Theo recognized that he was Summer’s placeholder and ended their pairing.

Without other people involved Summer and Kyle appear to be focusing on each other, which is healthy. Their joint focus should lead to a realized re-commitment.

The long flirtation that played out between this two-time married couple basically represented a feeling out process. Phyllis wanted to get back together, but Nick wasn’t so sure. Eventually, Stafford’s character wore him down.

The Young And The Restless Spoilers – Not An Easy Bet

If viewers were to wager on which revived couple would remarry first the choice would be a tough one to make. While Skyle appears to be moving steadily in that direction, Summer and Kyle have no need to rush.

Nick is enjoying the adrenaline rush that being with Phyllis brings. As for Red, she loves Nick and wants to be with him again. With as complicated as Phyllis can be, her feelings are genuine in this instance.

Wedding drama is often in order in Genoa City, Wisconsin. So, it’s always possible that one couple or the other reaches the altar first. Unless a double wedding will be written into the script?