The Young and The Restless News Update: This Is Why Melody Thomas Scott Stabbed One Of Hollywood’s Leading Men 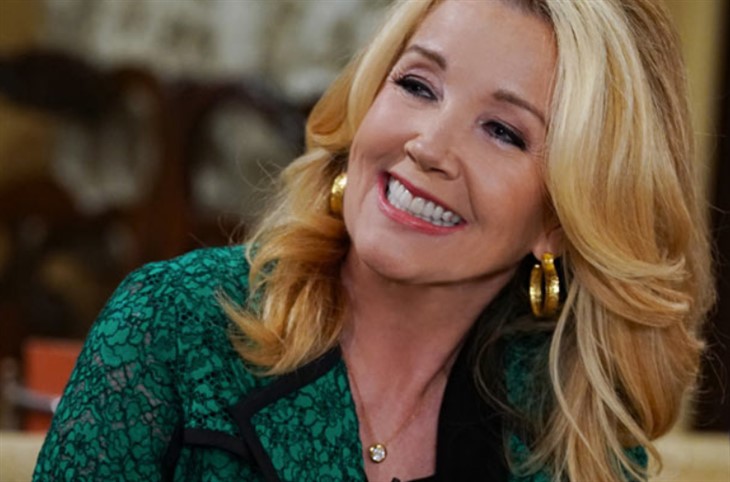 The Young and the Restless spoilers tease that Melody Thomas Scott (Nikki Newman) has an impressive resume across the entertainment industry. Not only is she a leading daytime diva, but she’s also had her fair share of leading lady roles. One of the more memorable ones involves starring opposite legendary star Clint Eastwood.

Scott recently shared a beguiling story with Yahoo! Entertainment about her teenage self. She was 13-years old and working on the film The Beguiled. Clint Eastwood was also in the film and she played a girl who actually sewed his character into a shroud. The mischievous girl took it into her mind to do something very silly—she stuck the A-lister with her needle!

She described it as a “long, extremely thick, authentic Civil War sewing needle.”

The gorgeous blonde added that she wasn’t caught out after her youthful misdeed. But, she couldn’t help but wonder if the veteran actor remembered that incident when they crossed paths years later.

The occasion was an awards ceremony in 2004. According to Melody, Eastwood threw her a mysterious look, one that was inscrutable but telling and she took it to mean that he was telling her she was forgiven for her young mistake way back when!

The Young And The Restless Spoilers –What Is Next For Nikki Newman In Genoa City?

Melody continues to be a sparking light on daytime, with her role as Nikki Newman the role of a lifetime. She has portrayed the sexy vixen since the 1980s and she is going stronger than ever.

What will Nikki get up to next? We have no idea but no doubt it will involve the love of her life, Victor Newman (Eric Braeden).