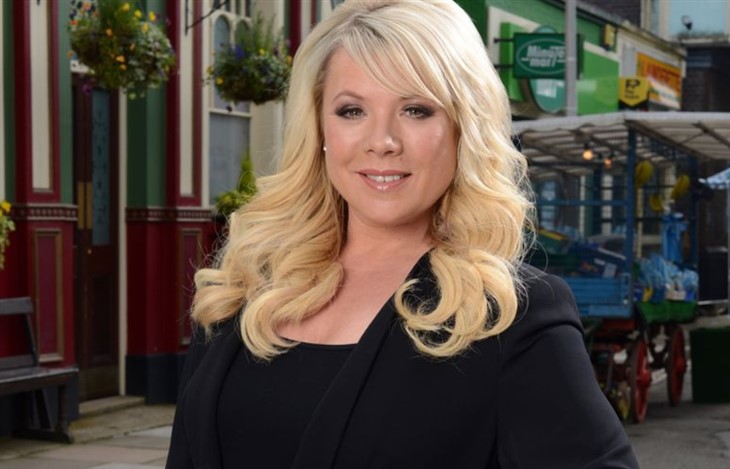 EastEnders spoilers hint that there may not be a reunion between Phil Mitchell and Sharon Watts when episodes return. This was hinted at by the Sharon actress, Letitia Dean. Sharon and Phil have left off on bad terms when episodes last aired and viewers may be wondering what is next for them. However, recently Sharon actress, Letitia has talked about what she thinks about a reunion between Sharon and Phil and if it will happen.

Phil and Sharon were torn apart by the affair between Sharon and Keanu Taylor. Keanu and Sharon ended up have a baby together, which would play a part in tearing the two apart once again. In the summer, they reconnected and tried to work things out as they mourned the death of their son. However, Sharon made the decision to get her baby boy back from Karen instead of giving him away, causing Phil to get upset. He then decided to use Queen Vic to taunt her, but this backfired as Sharon would become the owner.

While talking about EastEnder’s return next month, Letitia discussed the future for Sharon and Phil. She went on to admit that she does not think that the pair will find their way back to each other anytime soon. She went on to say, “I don’t think it’s looking very good at the moment. I think they will be going their separate ways indefinitely. Things have gone too far now. He’s accused her of killing her own son and it’s too much.”

However, Letitia does want the two to reconnect, “In the future, I’d love it if they got back together. I sometimes feel lost without Steve. I look forward to working with him so much. I adore him. When you’ve worked with someone closely for that amount of time, you just know each other really well.”

On the other hand, Kellie Bright, who plays Linda, believes that the two will reunite, “Phil and Sharon aren’t done.” What do you think? Will Sharon reunite with Phil or do you think they will continue to feud with each other?