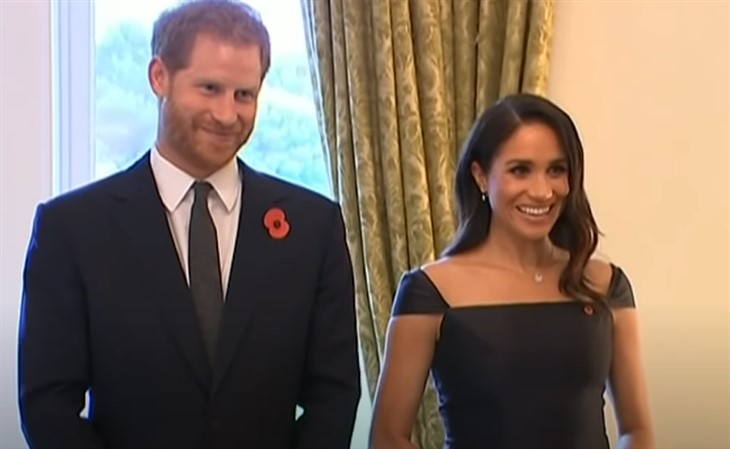 Before there was the jaw-dropping bio Finding Freedom, Lady Colin Campbell wrote an equally juicy bio of Harry and Meghan titled, Meghan and Harry: The Real Story. She doesn’t hold back on her impressions of the couple who threw away their royal roles to jet off to California where they hope to live in peace and quiet under the bright lights.

She told Fox News, “I have said all along, and I still say, I am rooting for Meghan. Because I still see where, because of her natural gifts, if she gets her act together, she could still do so much good for people all over the world.”

“I try not to show them at their worst,” she said. “I also try to show what their possibilities were and still could be. I think they have damaged themselves very badly. I think there will be a very difficult way forward, no matter what the way is. I think if they try to come back to this country, they will not be welcomed.”

Will Harry And Meghan Ever Go Back To The UK For Business Or Pleasure?

Campbell also wrote a book about Harry’s late mother, Princess Diana. She continued on, “What surprised me the most about Meghan and Harry when I looked into what was really going was what a tremendous opportunity they had to do good all over the world. And if they were sincere humanitarians, they would know they had an absolutely perfect springboard for doing the most wonderful work and how they were bogged down in petty squabbles.”

Her opinion echos that of many, many people who have criticized the rash and hasty couple for stepping back from an international platform to allegedly launch do-good projects, none of which have come to fruition.

“Because of his mental health problems and because of her personality problems, they are squandering this tremendous opportunity and making it very unlikely that they would achieve their stated objectives or achieve what everybody hoped they would achieve,” she claimed in a very searing take on what Meghan is confronting.

According to Campbell, the pair have squandered their grand and royal opportunity, and she calls it as she sees it by claiming, “nothing they say actually measures up with what they do.”

For now, they are living in yet another mansion, this time in Santa Barbara, so they are no longer homeless but they are still jobless. What’s next? Stay tuned!

Be sure to catch up on everything happening with the royal family right now. Come back here often for royal family spoilers, news, and updates