The Bold And The Beautiful Spoilers: Thomas Changes For The Better – Shauna Not So Much 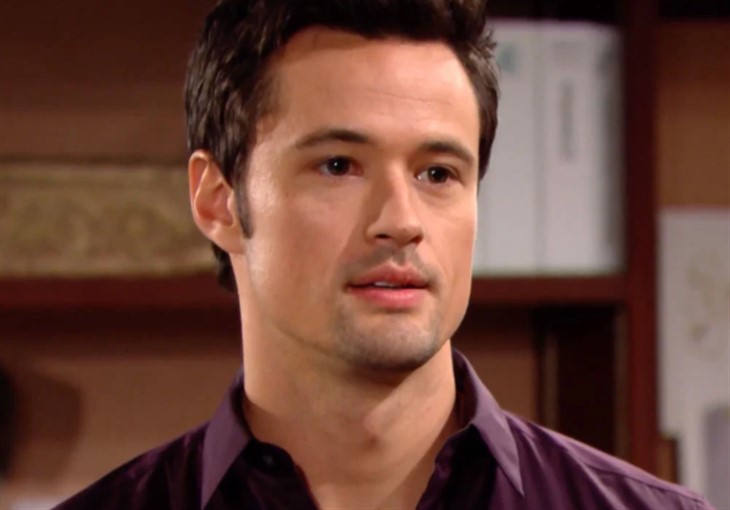 The Bold and the Beautiful spoilers tease that everything wasn’t as it once was as new episodes roll. Thomas Forrester (Matthew Atkinson) has changed for the better. But Shauna Fulton (Denise Richards) isn’t being honest as she used to be.

Steffy Forrester (Jacqueline MacInnes Wood) can see that her brother is remorseful. The warm-hearted concern that he’s been expressing for her is genuine, which is a great sign that he’s trying to be a better man.

Ridge Forrester (Thorsten Kaye) fell for Shauna because she was honest with him and offered no drama. That put her in contrast with Brooke Logan Forrester (Katherine Kelly Lang), who now appears to be, once again, his former wife. But Shauna seems to have conspired with her best friend, Quinn Fuller Forrester (Rena Sofer), in order to join this legacy family.

The Bold And The Beautiful Spoilers: Vegas Marriage Fallout Impacts Brooke And Bill – Will They Reunite?

The Bold And The Beautiful Spoilers – Change In Direction Was Necessary

Thomas strayed far from who he should have been when viewers last saw him in mid-March. The production shutdown extended the period of this character’s absence from then until August.

B&B seems to have thankfully separated Thomas from his villainous ways. While the arcs Atkinson worked were strong and his performances compelling, a change in Thomas’ direction was needed in order to maintain believability.

So, Thomas seems to no longer be seeking revenge based on his obsession with Hope Logan Spencer (Annika Noelle). He’s also regained contact with his son, which can allow Douglas Forrester (Henry Samiri) to experience a better version of his father.

It seemed like Ridge and Brooke were actually going to reconcile. At least that was their plan after spending time getting past the angst they’d caused each other.

Brooke’s impulse mistake with Bill Spencer (Don Diamont) in the cabin and Ridge’s infatuation with Shauna, which was basically spurned by his disillusionment with Brooke, were being spoken of in the past tense.

However, Shauna and Quinn worked together to engineer the filing of Bridge’s divorce papers, which then allowed for what seems to have been a legal wedding in Las Vegas, Nevada. Assuming that both plot points happened as Shauna has stated, Ridge will eventually seek an annulment or divorce, and also likely terminate what was an actual friendship with Richards’ character.

The Bold And The Beautiful Spoilers – Opportunities Ahead And Others Lost

Thomas is fortunate to have family members who care for him. Ridge, Steffy, Douglas, Eric Forrester (John McCook), Taylor Hayes (Hunter Tylo), and others support him. If he’s able to maintain consistency he’ll surely thrive as a designer in the family business and find a woman to marry who shares his feelings.

Shauna should have handled her night with Ridge in Vegas differently. If she’d only thought of his best interests, instead of giving in to her desires, Shauna could have returned to Los Angeles, California, with a clear conscience.

The Bold And The Beautiful Spoilers: Monday, August 17 – Quinn Gloats Over Brooke’s Loss – Ridge Tells Steffy About His Marriage To Shaunahttps://t.co/yWr2eUwgnR

If B&B’s seeming storyline plays out Richards’ character seems likely to realize a short reign as Ridge’s wife. That was never what Shauna’s better instincts were suggesting these past many months.