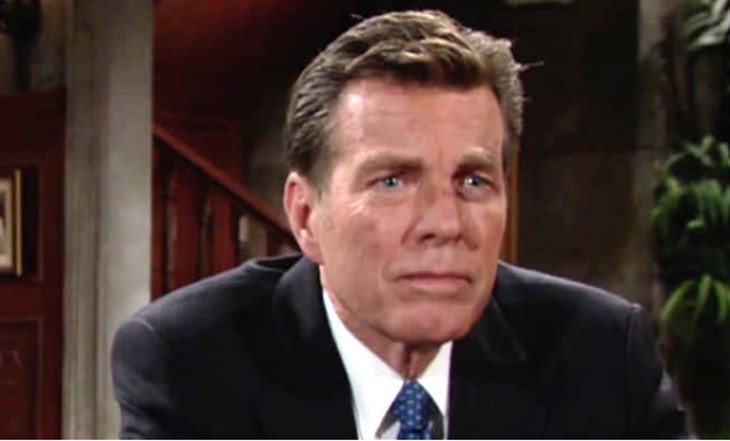 The Young and the Restless spoilers document that Jack Abbott (Peter Bergman) believes that he has keen insight into the mind of his longtime nemesis. Victor Newman (Eric Braeden) refuses to acknowledge that, choosing to believe that Jack’s comments about Adam Newman (Mark Grossman) should be discounted.

But Jack’s not completely wrong. As he said, Victor is toxic to Adam. However, Jack doesn’t know about a developing situation that actually shines a positive light on Victor’s paternal actions and instincts.

The Young and The Restless News Update: This Is Why Melody Thomas Scott Stabbed One Of Hollywood’s Leading Men

The Young And The Restless Spoilers – Mentoring Each Other’s Sons?

At one point in plot history, Kyle Abbott (as currently played by Michael Mealor) spurned his father and took to Victor. The Moustache was happy to oblige Jack’s son for reasons that were split between his fondness for Diane Jenkins’ (as last played by Maura West) child and the ability to stick it to Bergman’s character.

As Victor referenced, Jack’s so-called friendship included him conspiring to create a false diary with Adam that resulted in a jail sentence. If they were forthright, both men would admit that their interests in these specific offspring have mostly been steeped in a desire to use Kyle and Adam as proxies.

Adam’s realization that he did, in fact, push A.J. Montalvo (no actor’s name known for this role) off the barn loft to his death will have a significant impact. Beyond dealing with the effects of that act all these years later, Adam will be forced to admit that Victor wasn’t trying to con him.

Any effort that allows Jack to gain this knowledge might be spun against Victor, somehow. The old Jack might have done that, but it’s possible that today’s version of Smilin’ Jack lets it go.

No matter what happens with the Kansas issue, Adam has a bigger problem. He killed a man in Las Vegas, Nevada, in the recent past and did so as an adult.

Adam will need the full backing of his family and friends in order to confront what appears to be coming next. The Las Vegas, Nevada, incident remains open because the dead man’s widow seems bound to learn the circumstances connected to her husband’s perceived absence.

The Young And The Restless Spoilers: Two Love Triangles Ahead! Here Are The Detailshttps://t.co/dxgQVOksdG

Jack’s involvement in Adam’s life has often included a side agenda where Victor is concerned. Here’s hoping that Jack takes Victor’s advice to heart, rather than the vice versa. Adam will likely need his father, possibly more than anyone, to help him respond to the act he claims to have committed in self-defense.