The Young and The Restless News Updates: Bryton James has Wedding Bells On His Mind 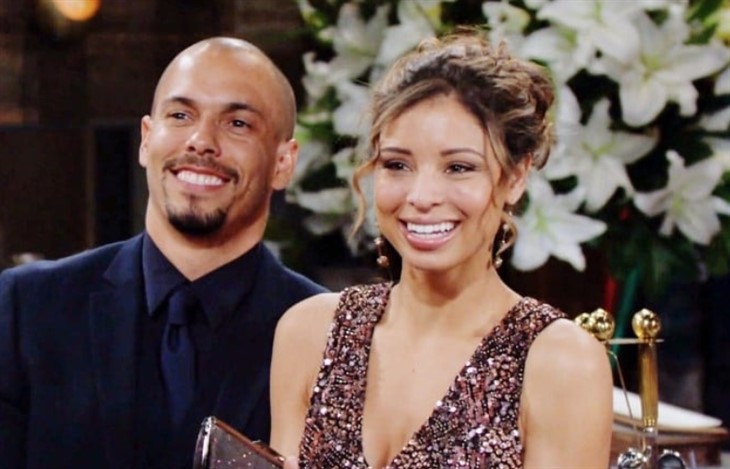 The Young and the Restless spoilers tease that Bryton James (Devon Hamilton) could be hearing wedding bells but he didn’t elaborate. Does he mean to real-life love Brytni Sarpy who plays his onscreen interest, Elena Dawson? Or is referring to Elena and his character Devon Hamilton?

The Young and The Restless Spoilers: Would You Like To See Jared Stick Around Genoa City

The group had a good time covering a range of topics and of course Y&R was one of them.

For his part, James acknowledged that in his crystal ball he sees a wedding in the future for Devon and Elena. That will be music to many fans’ ears!

Y&R Spoilers – Should Fans Expect A June Wedding For Delena?

Later James’ talked about his significant other who he gets to play house with on the soap as well. As to a wedding he said, “I’m pretty sure that you’re on a soap for long enough,” it will happen. He noted that if the characters get married it will be Devon’s third marriage. He was twice married to the now-dead Hilary Winters who was played by Mishael Morgan and who now plays Amanda Sinclair.

How would Sarpy handle a situation in which they were paired up with other characters? According to James’ they haven’t talked about that and, “neither one of us has had to deal with it yet,” he noted. That’s not entirely true as his character kissed Hilary in a dream, but that went nowhere of course.

The Young and The Restless News Update: Eileen Davidson Is Cussing About Which Controversial Co-Star? #yr #youngandrestlesshttps://t.co/Y2vGURceTi

The Young And The Restless Spoilers – How Will Bryton James And Brytni Sarpy Handle Having To Kiss Other People On The Show?

James continued, “I guess the good thing is we’re on equal playing fields. Cause usually, you’re not working with your spouse on the same show, and they don’t have to do the same things you have to do. But I now know one day she’s going to be called upon to have to do it, and she knows the same thing about me….”

“We’re both professionals,” said James. That they are, and fans have been swooning over the vibe they bring to the screen.