General Hospital Spoilers: 5 Crazy Things That Could Happen At The GH Nurses Ball 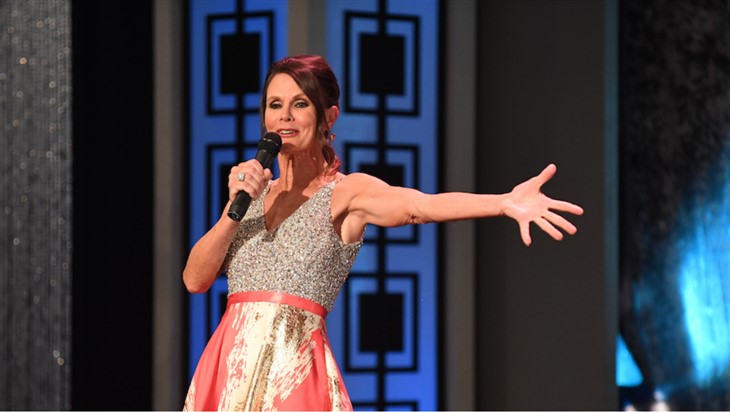 General Hospital spoilers tease the Nurses Ball is just around the corner and everyone in Port Charles is talking about the big event, especially the hostess with the mostest, Lucy Coe (Lynn Herring).

The one thing all Nurses Balls have in common is intriguing and off the wall drama. One year Liesl Obrecht (Kathleen Gati) hijacked the Ball in a riotous, unplanned rendition of her own. Will she do so again, after being suddenly sprung from The Hague?

Anything and everything can happen at the hospital’s signature event!

Here are five predictions about what cray events could take place at this year’s Nurses Ball.

General Hospital Spoilers: Is Valentin The Right Choice For The CEO Of ELQ? Vote Now!

We know that Dante Falconari (Dominic Zamprogna) is back to the show but we don’t know when he will make his presence known to his loved ones. To have Dante crash the Ball would be nothing short of stupendous especially for his woebegone mom Olivia Quartermaine (Lisa LoCicero).

We don’t know, as we do with Dante, that Luke Spencer (Anthony Geary), is coming back to town. But he has been referenced lately and fans will never stop hoping that the Emmy award winner graces the screen again. And if he brought back presumed dead Holly Sutton (Emma Samms), jaws would drop twice.

Maxie Jones is pregnant with Peter August’s (Wes Ramsey) baby. She is conflicted and hasn’t told him yet. The trouble comes in the form of Lulu Spencer (Emme Rylan) who also knows the news. No secret is safe with Loose Lips Lulu. What if Lulu starts talking and is overheard? This would not only make Maxie unhappy, it would make fans who hate Peter unhappy as it could end up redeeming him.

There is no doubt that Cyrus Renault (Jeff Kober) is public enemy number one in Port Charles. A whodunit with him in the middle would not be a surprise. The surprise could be who actually done it since he has made nothing but enemies in his short stay in town.

#5 Hayden Barnes Returns At A Most Inopportune Time

This week Hamilton Finn (Michael Easton) and Anna Devane (Finola Hughes) consolidated their wedding planning. What could go wrong? Everything, namely Hayden Barnes (Rebecca Budig), Finn’s baby momma. Will it be Hayden who suddenly and most scandalously turns up to throw a wrench into the Ball?