The Young And The Restless Spoilers: Sharon Comes In Between Chelsea And Adam 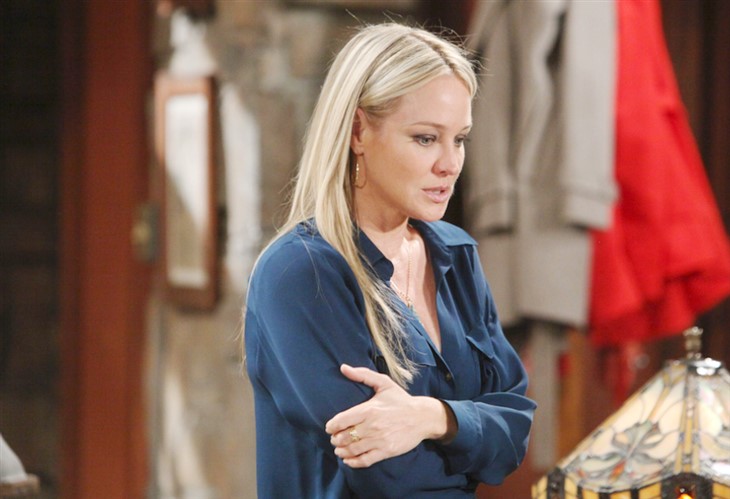 The Young And The Restless Spoilers: Sharon Newman Comes In Between Chelsea Newman And Adam Newman

Speaking to Soap Opera Digest in a new interview, actress Melissa Claire Egan admits that her character Chelsea is pretty upset that out of all the therapists in Genoa City, Adam chooses to go to his ex-lover. Chelsea believes that he would have been better off going to her for advice than Sharon, who might have her own agenda when it comes to Adam.

Melissa told the publication, “Chelsea asks him, ‘If you really wanted to do this, why didn’t you come to me first, so we could talk about it and then go to Sharon?’ Adam then says, ‘Well, she told me to run it by you first.’ Whoa, whoa, whoa! She’s like, ‘Sharon is the one who told you to run it by me first?’ There is a lot of bad husbands moves on his part.”

Y&R Spoilers – Adam Newman Is Spiraling Out Of Control Again

However, Adam insists that there’s nothing going on and that Chelsea can certainly trust him, but she’s not buying it at all. In fact, she knows that this is just the beginning of what might be a huge downward spiral for him. She’s seen this same pattern from him before, too.

Melissa added, “Chelsea can tell that Adam is spiraling right now and that he’s trying to hold on and get better but she’s scared of what could happen if he finds out the truth of what he did.

The Young and The Restless News Updates: Bryton James has Wedding Bells On His Mind #gh #generalhospitalhttps://t.co/SFuyUCNbTw

She tells Adam to push it under the rug, don’t address it, and ‘Since you can’t remember anyway, let’s just pretend that it never happened.’ Of course, that’s not a good idea and you should talk about your feelings in therapy, but she’s so insecure that she’s giving out really bad advice.”