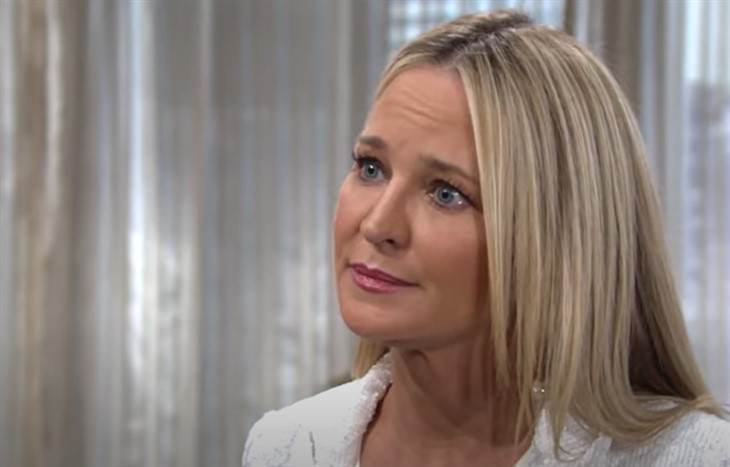 The Young and the Restless spoilers reveal that Shadam is about to hook up. They will join forces to help him heal after he comes to the realization that he killed a man and blocked it out. This is a very bad idea. For one thing, Sharon is in the middle of an aggressive cancer treatment program. Secondly, Adam is deeply troubled. He needs to find a professional who can help him deal with what he’s done, not an amateur armchair psychologist.

Explosive show spoilers reveal that Sharon will get in way over her head trying to help her ex. She will actually try to enter his unconscious and unlock his repressed memories!

Here are three reasons why Sharon trying to retrieve Adam’s buried memories is a huge mistake and probably an epic fail.

#1 Sharon Newman Is Not A Real Therapist

Has no one remembered in all of Genoa City that Sharon is not, we repeat not, a licensed, experienced therapist? She has barely begun the proper schooling and has a long way to go before she can hang a shingle. Yet the whole town flocks to her for professional help. Aye caramba, it’s a wonder she hasn’t been sued yet by the proper authorities for practicing without a license. Adam may as well consult with a telephone psychic if he wants someone who has real experience advising people!

#2 Beware The Return Of Shadam!

Sharon and Adam in the same vicinity are TNT. They cannot keep away from each other and if they start to get into heavy emotional territory, how long will it be before they pick up the pieces of the past? Both are involved with other people right now so this would result in a very messy and ugly situation all around. Especially since Adam doesn’t want Chelsea Lawson (Melissa Claire Egan) to know what they are about to do!

Sharon is in the middle of a very grueling cancer treatment regimen. There is no way she should be diverting her energy and attention to help a very troubled man. One who committed murder no less. And one who blocked it out even more no less.

This whole scenario has disaster written all over it. Will she suffer a serious setback in her own recovery? This could very well happen if she ignores her own health and focuses on selfish Adam.