This Is Us Season 5 Spoilers: COVID-19 Pandemic Will Be ‘Attacked Head-On,’ EP Says 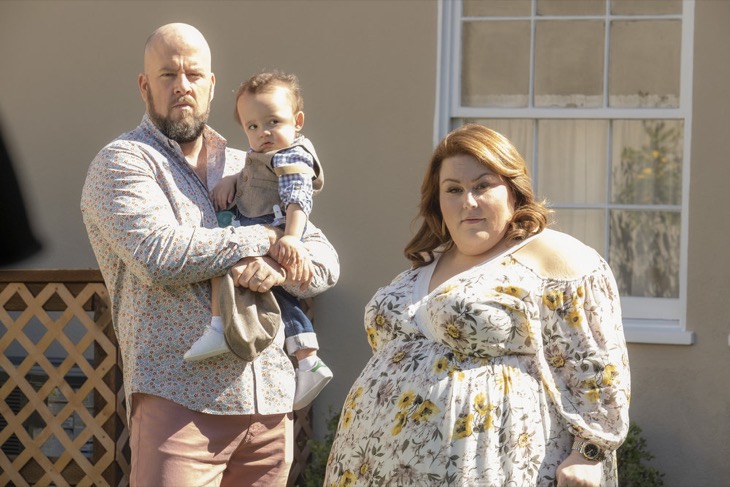 This Is Us season 5 spoilers reveal that the COVID-19 pandemic will be “attacked head-on,” according to executive producer Dan Fogelman. The showrunner was asked some questions about the show’s upcoming season. He was able to share some information, but there just weren’t any solid answers to some of the questions. Keep reading to find out more.

Fans asked the executive producer questions about season 5 on Twitter. One of those was if the COVID-19 pandemic would be addressed or referenced when the show returns. It sounds like it’s not just going to be a reference or mention, but interwoven into the storylines. Fogelman said, “We’ve decided to attack things head on.”

The showrunner also said that he is very proud of the writers.

Previously, This Is Us star Mandy Moore (Rebecca Pearson) told TV Insider that the show using issues happening in the world was a possibility. However, she wasn’t sure if they would end up doing so or not. The actress said,

“I think the writers are leaving themselves open to what is happening in the world right now, and whether or not they’re going to incorporate that is still a little bit up in the air. I think they want to give themselves the leeway and the freedom to bring some of that in if it makes sense, but everything is changing so quickly. So I’m curious to see how we’re going to address that because I don’t see how we couldn’t in some way.”

So many questions. When will @NBCThisisUs go back to production? When will new episodes be on our TV? Will the writers address Covid in present day? @Dan_Fogelman Is the planned show ending the same in light of events? #ThisIsUs #DeadlineContenders pic.twitter.com/uV05VdwjRg

This Is Us Season 5 Spoilers: Same Route and Same Ending

While many TV shows are changing the storylines, writing alternate endings, and changing the way things go, that is not the case for the NBC TV show. Fogelman said that they will have the same ending and they are using the same route to get to that conclusion.

As for when production will start on This Is Us season 5, the executive producer couldn’t give an answer for that. Even though NBC did put the series on the Fall schedule line-up, when new episodes will air is not known at this time. We will keep you posted with any updates and new developments as they become available.

Be sure to catch up on everything happening with TV right now. Come back here often for This Is Us spoilers, news, and updates.