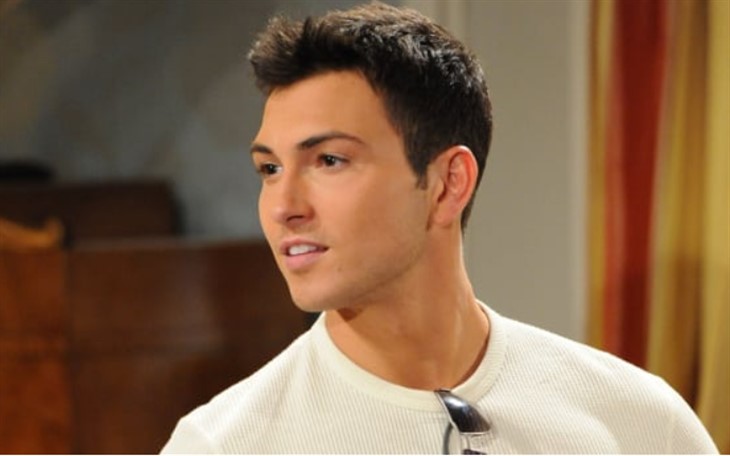 Days of our Lives spoilers tease that the recent bondage scenes between Eve Donavan (Kassie DePaiva) and Ben Weston (Robert Scott Wilson) weren’t exactly torture for the two actors. While their alter egos were battling it out, the actors themselves had a different take.

They were recently on the Daytime Confidential Dishin’ Days webcast and spilled their thoughts about what was a harrowing event in Ben’s life, and consequently Cin’s relationship.

The sizzling scenes featured Eve tormenting Ben who was restrained onboard wearing nothing but a pair of briefs and his six-pack. When asked about her latest appearance, DePaiva talked about getting the call to come back to DOOL. “I got a phone call and (they) said they’d like to have you back for a short story arc. Are you interested?”

Apparently she didn’t have to think twice as the beautiful and talented star shared, “And I said yes and that was it, and I didn’t know I was coming back as a freakin’ super villain! I had no idea he (Wilson) was going to be in his underwear, either.”

Wilson added, “She’s the best. If anyone was going to beat my ass, let it be Kassie.”

He went on, “They did an awesome job writing it, the whole crew, Ron (Carlivati) and his team and the producers. There was a lot of care with it and, you know, it was Kassie’s show. She had the boatload I just had to—I just kind of had to endure the pain.”

And the DOOL viewers got all of the pleasure, watching these two top-notch actors bring it. DePaiva was brilliant as a grieving mom and Wilson made the most out of being tied to a board, in a foggy haze, and just his under.

Days Of Our Lives Comings And Goings: Claire Recast Will Take Character In A New Direction https://t.co/DIBzw03PbT pic.twitter.com/KvmFYNQiRB

Days Of Our Lives Spoilers – What’s Next For Ben Weston And Eve Donovan In Salem?

Now that Ben has had time to shower and put some clothes back on, what’s next? He is still having thoughts of strangling Ciara Brady (Victoria Konefal) and Eve is determined to see that he does just that. Konefal is leaving the show, will it be by strangulation via the Necktie Killer? Let us know what you think DOOL fans!