The Young And The Restless Spoilers: Chance And Adam’s Friendship Tested – Abby And Chelsea Nervous 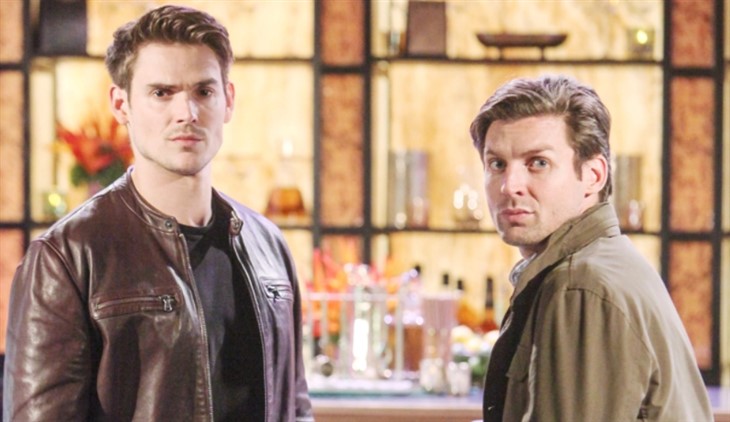 The Young and the Restless spoilers document that Chance Chancellor (Donny Boaz) remains loyal to his friend, Adam Newman (Mark Grossman). As he was telling Abby Newman (Melissa Ordway), Grossman’s character saved his life in Las Vegas, Nevada. So, even though they don’t hang out, there is an enduring connection.

Abby doesn’t want Chance to be involved with Adam. While she actually gets along with her brother much better than Nick Newman (Joshua Morrow) and Vickie Newman (Amelia Heinle), Abby shares her sibling’s sense that Adam remains troubled.

The Young And The Restless Spoilers – Chance Chancellor Was Covered

The character Boaz is now playing was off-screen for the bulk of the 2010s. Chance returned last year and was spotted by Phyllis Summers (Michelle Stafford) in Vegas with Adam, who was then living with amnesia and under an assumed name.

As this story went, Chance was pursuing a bad guy, Spider (the poker playing alter ego) intervened and killed the guy. Adam didn’t act with malice, he was simply defending himself when Chance’s suspect lunged at him.

The above wouldn’t have been a problem because Chance was working for the authorities and could have backed Adam. But he didn’t report what happened, which was a crime. And, Chance didn’t expose that Spider was Adam either.

Chelsea should be supporting Adam’s efforts with Sharon. But she’s not because of fear.

It’s understandable that Chelsea is emotionally impacted by Adam’s choice to seek Sharon’s help. The woman he claims to love the deepest, Chelsea, isn’t someone who he feels can help him with this particular situation. As her reaction to Adam’s news confirmed, he’s right.

The memory of what happened in Kansas when Adam was eleven appears to be trapped. Sharon says that their history and her familiarity with certain psychological techniques give her confidence that they’ll make progress in the requested therapy sessions that she’s agreed to conduct.

The Young And The Restless Spoilers – Unwanted Secrets Come Out

Chelsea fears that Adam will unlock information that he doesn’t want to know. She’s concerned about Kansas fallout, while not even knowing the full truth about Vegas.

With whatever effect the therapy sessions have on Adam’s psyche, fans are also wondering how long it will be before the more recent Nevada secret returns with a vengeance as well.

The strength of Chance’s friendship with Adam seems like it will be tested shortly. Both men will need the support of the ladies who love them in order to best negotiate what feels like a rough plot road ahead.