Meghan Markle Likes To Throw Down ‘British Phrases’ To The Help 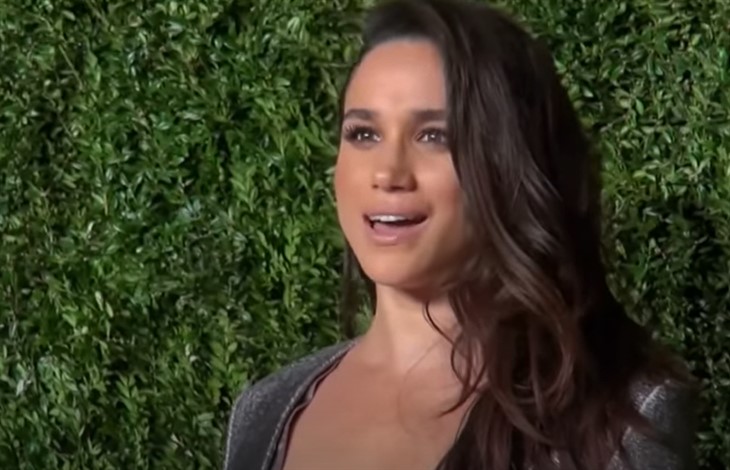 You can take the actress out of the UK but apparently you can’t take the pretentious UK accent out of Meghan Markle. According to sources, Meghan ups the ostentatious quotient every now and then by saying, “Oh dahling,” and throwing down one of the British phrases she picked up when she was slumming.

According to The Sun, sources say, “She has adopted certain phrases. She’s often heard saying, “oh dahling.” That reminds me of a parrot I once had.

Apparently these sources work in the little house she and house husband Prince Harry bought just outside of L.A.

The Markle’s Are Now Living In A Mega Mansion In Santa Barbara, California

The mansion’s staff members apparently mimic Meghan’s British-isms, but they let it be known they are laughing with her, not at her.

“They do have a giggle about it and sometimes they do impressions of her but only in a light-hearted way,” the source was quick to add. The couple and their 15-month-old son Archie reportedly moved into their latest house about six weeks ago.

And now come reports that the couple wishes to be Hollywood royalty after ditching their UK royal titles and duties. What could go wrong? Someone should tell them that there will be no divorcing Hollywood if they get their knickers in a twist. They may have been able to shame and blame his family and exit in a royal huff, but Tinseltown is not a little family they can push around.

As for their Hollywood ambitions, the pair is said to be taking meetings to pitch some top-secret projects. Maybe a movie adaptation of their bio Finding Freedom?

The source who spilled the rumor that the couple is trying to get someone to option their project did not say what the topic in which they are peddling. Perhaps they came up with a brainstorm after moving into their latest mansion?

It certainly sounds inspirational, as well as aspirational, as it has nine bedrooms, 16 bathrooms, and a swimming pool. It also has a library, office, spa, gym, and–wait for it–a stripper pole!

The home is said to sit on over five acres of land and comes with its own two-bedroom, two-bath guest house. Might that be the residence of Meghan’s mother Doria?

Be sure to catch up on everything happening with the royals right now. Come back here often for royal family spoilers, news, and updates.