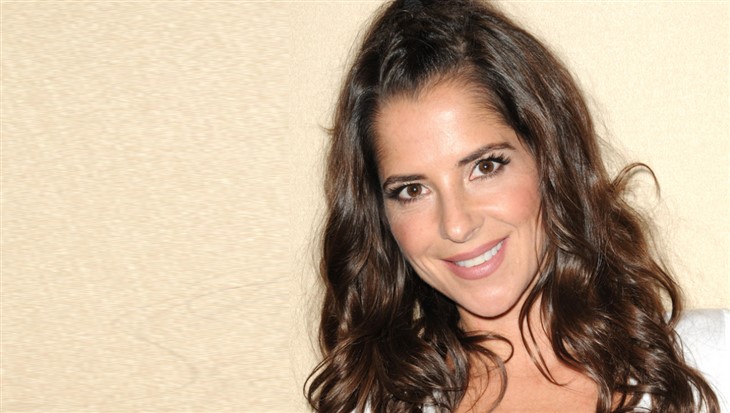 General Hospital Spoilers hint that things may be heating up on General Hospital as they get back into the swing of things. Not long after Kelly Monaco, who plays the character of Sam McCall, has reached out to her fans on social media.

Kelly recently made her return to the screen on the 18th of August and decided to reach out to fans who gave her a warm welcome back to Port Charles. She went to social media and posted to her fans saying, “It’s been a crazy year and I feel so blessed, grateful, and humbled to be able to continue to do what I love… 20yrs and counting with @ABC.. what an honor!!!”

As viewers know, during the first few episodes back, Sam was played by Lindsay Korman-Hartley until Kelly could return to the role. She sparked some interest from some of the viewers and it seems that Kelly also was impressed by Lindsay’s version of Sam. Kelly went on to tweet out, “doing a beautiful job playing Sam. Girl.. you kicked ass. Way to go. Star-struck stay tuned… @GeneralHospital is just heating up!”

At this moment, things are being set up in a way where many storylines could either come to an end or heat up some more. A lot of information has been shared during the Nurses ball so far, including Nelle’s revelation and Taggert being alive. The Nurses ball has taken a change this year with them doing a Telethon for frontline workers.

Things have also changed for Sam since Kelly has been gone with her parole officer being replaced after Sam made a deal with Valentin. This means that Jason and Sam can spend more time together, which could also help with them trying to get information on Peter since they can work together.

What do you think? What exciting storylines do you think General Hospital will explore? What do you think about the Nurses’ ball this year? Are you excited to see Kelly Monaco make her return as to the screen for the first time since the show started back up again?

We’ll give you updates as GH news comes in. Stick with the ABC soap, and don’t forget to check Celebrating The Soaps often for the latest General Hospital spoilers, updates, and news.