The Bold and The Beautiful News Update: Ashley Jones In Thrilling New Project 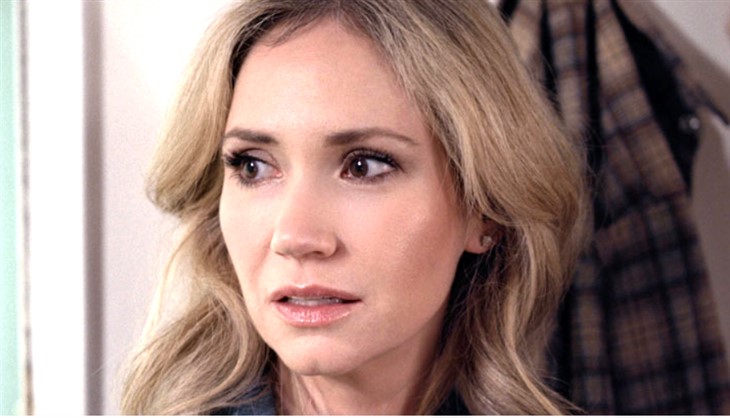 According to the beautiful and talented thespian, her latest venture also stars a second daytime drama alum.

Ashley Jones went on Instagram and shared some news about her new project posting, “Who’s ready to watch a thriller with the incredibly talented @emilyskinner and @alicialeighwillis (and me;)? Coming straight to your living room tv soon(ish). Throwing back to our last night on set🎬 working with favorite @mikefeifer. #DoubleKidnapped.”

Willis was also on GH where she played Courtney Matthews. Her character is deceased but she was the daughter of Mike Corbin (Max Gail). She was also Sonny Corinthos’ (Maurice Benard) sister and Spencer Cassadine’s (Nicolas Bechtel) mom.

So, what is the new movie Double Kidnapped all about? There is no official word yet on the plot, but we can surmise that two kidnappings take place, or maybe someone is kidnapped twice?

Double Kidnapped was written by Michael Perrone and directed by Michael Feifer. In addition to Willis and Jones, the film also stars Robert Pralgo of The Vampire Diaries and Army Wives and Sam Ashby of Sweet Magnolias.

Willis also shared news of the flick on social media. She posted, “Super excited to be working on another TV movie in Georgia! Such a great group of people! #workingmom #actress #film #georgiafilm.” In turn, Jones posted on Willis’ page, “Yasss! Back to work safely!”

Willis’ comment is germane for a couple of reasons. For one she is giving some publicity to the film. Secondly, she points out that other states are taking advantage of California’s reluctance to embrace post-COVID shut down filming. Will film and television leave the state altogether? That’s highly unlikely but in the meantime, California does the film and television industry no favors by not embracing a return to business.

‘The Bold And The Beautiful’ Spoilers: Two Couples Explode – Quinn And Shauna Destined To Be Single https://t.co/4svBpNqbSe pic.twitter.com/ICgyXMng15

Are you excited to hear that two GH alums are starring in a new film together? Let us know what you think Double Kidnapped is all about!