Meghan Markle Wanted to Be in State Department but Never Knew about the Commonwealth Until She Married Harry! 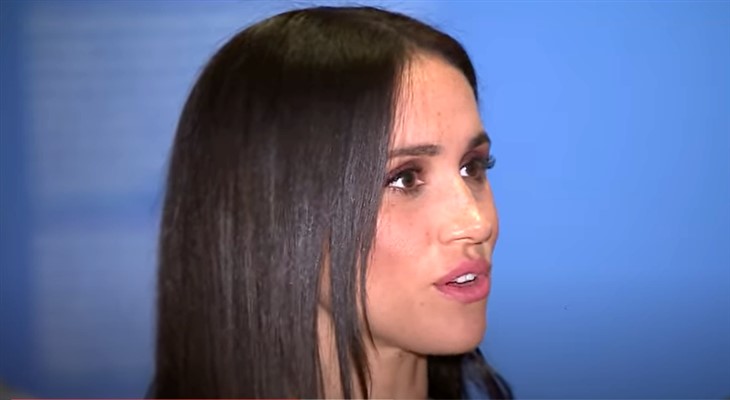 As many know, Meghan Markle has long had political aspirations. When Meghan was in the university, acting wasn’t her first best choice when it came to a career path. Instead, Meghan wanted to join the U.S. State Department.

As co-authors Omid Scobie and Carolyn Durand reveal in their sugary sweet book, Finding Freedom, “Meghan took the Foreign Service Officer Test, a prerequisite for a job as a State Department officer. When she didn’t pass the highly competitive test, she was extremely disappointed. She wasn’t used to failing. It was a major blow to her confidence she had always tried to protect.”

It’s actually not that weird for Meghan Markle never to have heard about Queen Elizabeth’s charity until after she married Prince Harry.

Like Meghan Markle, many don’t know that Queen Elizabeth’s Commonwealth Trust (QCT) is a charity that champions, funds and connects young leaders who are working hard to change the world. As Queen Elizabeth’s charity website states, “We use our network, platform, and resources, built and shaped together with young people, to demonstrate the leadership, energy, and optimism of young people across the Commonwealth and their enormous potential to create a better future for everyone.”

During a video call with the Trust, Meghan Markle and Prince Harry continued on with their social justice crusade but appeared to tone down their rhetoric to a degree. Prince Harry heaped woke praise on the young video call attendees, saying, “No one could have predicted how the world was going to change in such a short space of time, especially with the digital space. But, hearing you guys, knowing the broad spectrum that the QCT engulfs, you guys are the definition of the 21st century Commonwealth and what it means to be part of it. You are there standing for equality and mutual respect and fairness, and I think that is something that every single one of you should be very proud of.”

For her part, Meghan Markle said, “It wasn’t until joining The Family that I was able to meet so many young people throughout the Commonwealth (the actual Commonwealth nations). They came with a question, they always offered a solution, and that’s what I think is so inspiring and why I’m incredibly proud to be able to work with the QCT.”

A simply amazing thing is that Prince Harry and Meghan Markle get to lecture young people in the Queen’s Commonwealth Trust at all. Neither Prince Harry nor Meghan Markle is anything other than super privileged individuals with literally zero expertise in the subjects they choose to expound upon. Yet, the media and these Royal organizations treat the Duke and Duchess of Sussex as if they’re delivering more than their own opinions. Moreover, they treat Meghan Markle and Prince Harry as if their opinions are more important than those of everyday people.

For example, Meghan Markle knows nothing about mental health or social media except for perhaps what she’s read in magazines and heard in the news. The same can be said for Prince Harry. Yet, Meghan spent her time yammering on to the Commonwealth Trust’s video call attendees, saying that, “mental and emotional wellbeing is currently ‘more fragile than ever.”

Meghan Markle continued opining, “Everyone’s mental and emotional wellbeing is perhaps more fragile than ever before, certainly with COVID and our dependability on devices right now in the absence of human interaction. People are going online more than ever before to feel the community. When that community becomes divisive and isn’t a pack for good, but is a pack of people ganging up on one another…what’s challenging about that is that people don’t feel an escape. It can probably feel very lonely in that space.”

One has to wonder if the “young leaders” of the QCT find themselves talking to one another and thinking, “You know, Prince Harry and Meghan Markle don’t actually know any more about this stuff than we do.”