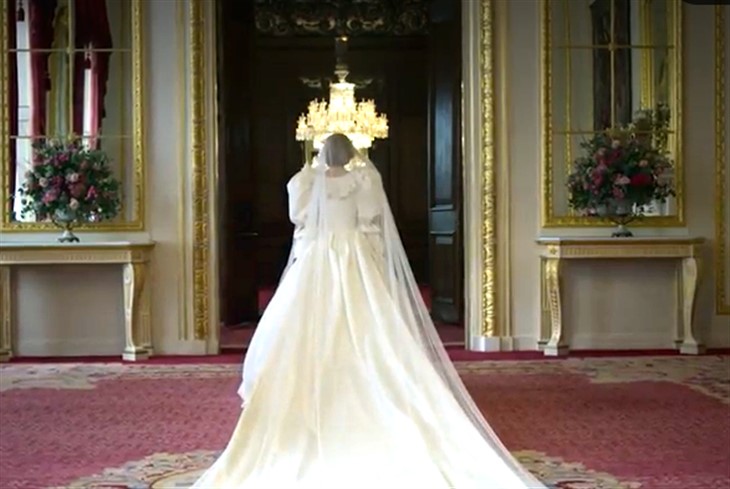 The Crown Season 4 spoilers already indicate that this will be a season that no one will want to miss. Not only will it highlight all of the drama that went down behind closed palace doors for Queen Elizabeth during the late 1970s, but it will also showcase Prince Charles as one of the most eligible bachelors in the world before he married Princess Diana in a wedding seen by 750 million people from all over the world.

Relieving the fairytale wedding might sound like a dream come true for many royal fans, but if there’s one person who probably won’t be tuning in, it’s Prince Charles’ current wife and former mistress, Camilla Parker Bowles. Here’s what you need to know.

A teaser trailer for The Crown Season 4 reveals a hint of what’s to come, including Princess Diana’s lavish wedding dress. Lady Diana Spencer is played by actress Emma Corrin, while Olivia Colman plays Queen Elizabeth. Gillian Anderson takes on the role of Prime Minister Margaret Thatcher during this season.

Olivia Colman’s Queen Elizabeth narrates in the trailer, “Something as important as the monarchy simply cannot be allowed to fail.”

The attention then turns to a young Princess Diana, who is not only hounded by paparazzi and fans but also stressed behind the scenes as Prince Charles’ new fiancé and later, his royal wife. In one scene, Diana can be seen from the back of her iconic wedding dress as she slowly walks towards the front doors of Kensington Palace.

As many fans know, Prince Charles and Princess Diana’s ill-fated marriage was marred with controversy and an illicit affair between the prince and his secret lover, Camilla Parker Bowles. It might be hard for the Duchess of Cornwall to watch The Crown Season 4, knowing that millions of fans still blame her for the demise of Prince Charles and Princess Diana’s marriage, despite the fact that she and Charles have managed to live in a scandal-free marriage of their own for years.