Days Of Our Lives Spoilers: Did Ben Kill The Woman That He Loves – What You Need To Know? 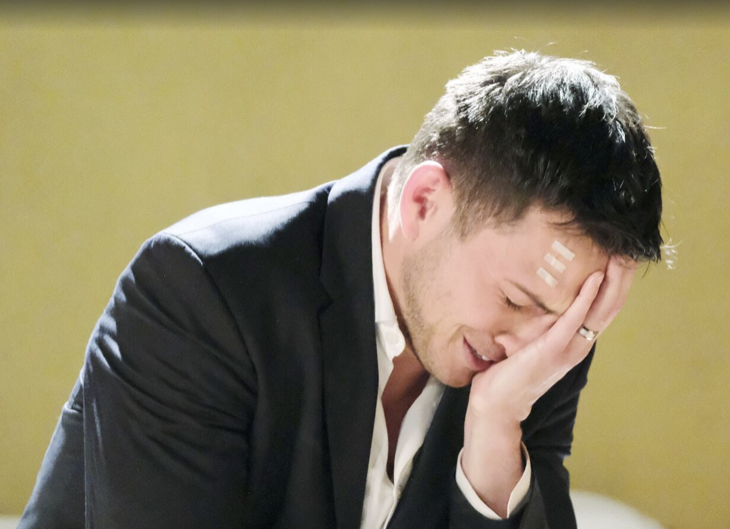 NBC Days of Our Lives spoilers indicate that things are about to get very twisted in Salem. As Ben Weston (Robert Scott Wilson) plans to carry out Eve Donovan’s (Kassie de Paiva) plan to kill Ciara Brady (Victoria Konefal), a lot of DOOL fans can’t help but wonder if he will actually carry out the deed. Here’s what you need to know.

Days Of Our Lives Spoilers – Did Ben Kill The Woman That He Loves?

As DOOL fans already know, Ben has been head over heels in love with Ciara for the past year now. After an explosive wedding (quite literally), Salem’s love birds were supposed to start their lives as a married couple and as they say, happily ever after. But that hasn’t happened. Eve has managed to wreak havoc by playing mind games with Ben.

Days of Our Lives Spoilers: Battle Of The Blonds – Nicole And Sami Go Head To Head

Days of Our Lives spoilers say that Ben will manage to lure Ciara to Paige’s abandoned dorm room and explain that his new psychiatrist recommended the move. Actor Robert Scott Wilson explains to Soap Opera Digest in a new interview, “When they first get there, Ben doesn’t have a complete sense of what he’s doing there. It’s almost like something takes him over once he gets into the room. Then the struggle begins. The scenes within that room are pretty intense. It’s as high stakes as it can get.”

Ben then begins talking about how he murdered Paige, leaving Ciara freaked out, nonetheless. Seeing how stressed he is, Ciara insists that it was a bad idea to go there and tries to get him to leave. That’s when Ben slams the door shut.

Robert continues, “It’s pretty much Jekyll and Hyde, that whole vibe. It’s a final good versus evil moment, but then Ben smashed the door. He’s screaming at Ciara to lock the door, to stay away from him, and let him be.”

Now, whether or not Ben will actually kill his wife Ciara remains to be seen. Needless to say, Days of Our Lives fans will simply have to tune in to find out what happens next!