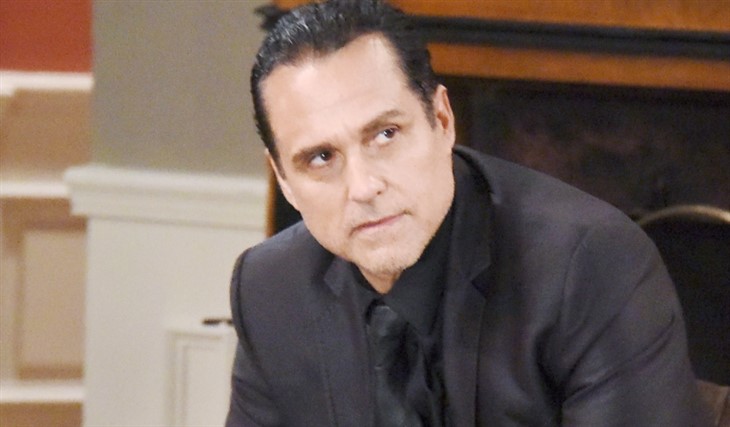 ABC General Hospital spoilers reveal that The Bold and the Beautiful star Courtney Hope (Sally Spectra) is joining the cast of CBS’ The Young and the Restless. Many people have sent their congrats her way and now one soap legend is chiming in on her move from one CBS soap to its sister sudser.

Courtney thanked the star and no doubt was pleased with the high-profile shout out. She is the girlfriend of Maurice’s co-star Chad Duell who plays his son, Michael Corinthos.

Last week Courtney teased on Instagram that she’s about to depart B&B for Y&R. She posted a cute pic of herself in a Y&R t-shirt and cap with a Crimson Lights mug, and said, “This seems like a good fit…”

Later CBS confirmed the move but the relocation is all we know about for now. There are a ton of questions however, like who will she be portraying and when?

There are no character details released yet so we will just have to speculate!

General Hospital Spoilers – Who Will Courtney Hope Portray On Y&R?

Hope debuted as Sally Spectra Jr. in 2017. She announced on Insta on August 4 that she was leaving the show with thee words: “An abrupt ending to a monumental journey. “The last three years have been amazing, and though I do not know what the future holds this chapter of Sally has sadly come to an end. I love my @boldandbeautifulcbs cast and crew and will miss everyone dearly, but await the day we may all play again. Some things are out of our control, and I thank the fans for your support through it all!”

Fans were elated to learn that the beautiful and talented star was not leaving the daytime firmament but rather just relocating her place within it. Many would have liked to see her hop to GH and play opposite her real-life partner. But she is staying with the CBS fam and we can’t wait to see what comes next. Tell us Y&R fans who you think Courtney will play in Genoa City—will it be Sally Spectra?