The Young And The Restless Spoilers: Are Theo And Lola A Good Match Or A Rebound? 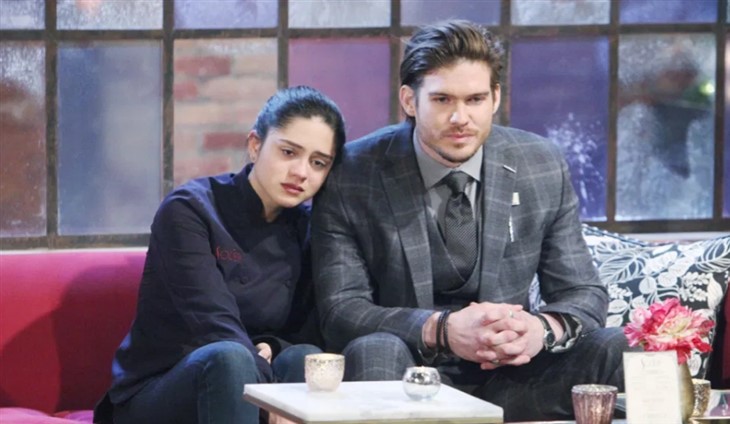 The Young and the Restless spoilers document that Theo Vanderway (Tyler Johnson) is expressing somewhat similar feelings for Lola Rosales (Sasha Calle) as he did for Summer Newman (Hunter King). Calle’s character fell for Kyle Abbott (Michael Mealor), who became her first great love and eventual husband. She thinks Theo is cute and is moderately interested in him.

Theo surely has developed stronger feelings for Lola than he ever had for Summer. As viewers recall, he checked with Kyle to make sure Skyle was over before even asking King’s character out. Theo later ended Tummer because he rightly sensed that Summer wasn’t over Kyle.

Lola hasn’t returned from Miami, Florida, intending to win Kyle back. She’s getting over the Kola divorce and is open to considering Theo’s interest.

Young And The Restless Spoilers – Theo Vanderway Is Smitten

It would be hard to declare that Theo is on the rebound from Summer. They never achieved a deep couple’s status. Their connection generally represented an ongoing reaction to Kola.

Theo may have been influenced by his competitive streak when finding a lot to like in Lola. Kyle was claiming to be deeply in love with his soon-to-be and then realized his wife at the time. Theo didn’t buy it, believing that Lola was not Kyle’s match.

A good part of the reason why Kyle was infuriated with Theo is that he knew, somewhere in his mind, that his former New York buddy had him pegged.

Various viewers have experienced the pain of being led on, or possibly have led someone else on, possibly inadvertently. Relationships, especially those that are just developing aren’t bound by hard and fast rules. Everyone in Genoa City, Wisconsin, and on the other side of the screen is often trying to figure loved ones or hoped for loved ones out.

Lola believed that Kyle was returning her honest feelings. Y&R viewers who invested in Kola believed that as well. And then a plot change happened that may have been planned from the beginning, or represented a creative change. With whatever was true, Kola ended hard.

Calle’s alter ego became Lola Rosales again. Her heart is healing and someone like Theo might represent a perceived safe path back to the dating world. So, it’s reasonable to see Theo as a mild rebound from Kyle.

The Young And The Restless Spoilers – It’s Worth A Chance

If Theo and Lola begin to see each other as more than just good friends, then they will put their emotions at risk. However, the leap for each can’t be measured comparably.

Theo wasn’t in love with Summer. So, even if the proposed Tola fails, it wouldn’t be a second fall.

Lola resisted a relationship with Theo earlier this year, as it really was too soon. Now, she could take some measured steps and see what happens.

Yes, there is potential with this pairing. But if both people choose to pursue romance they should avoid comparisons to the past and strive for something new. Doing so would create the best chance of future success.