Days Of Our Lives Spoilers: Ben And Hope’s Chilling Realization, What Is Ciara’s Fate? 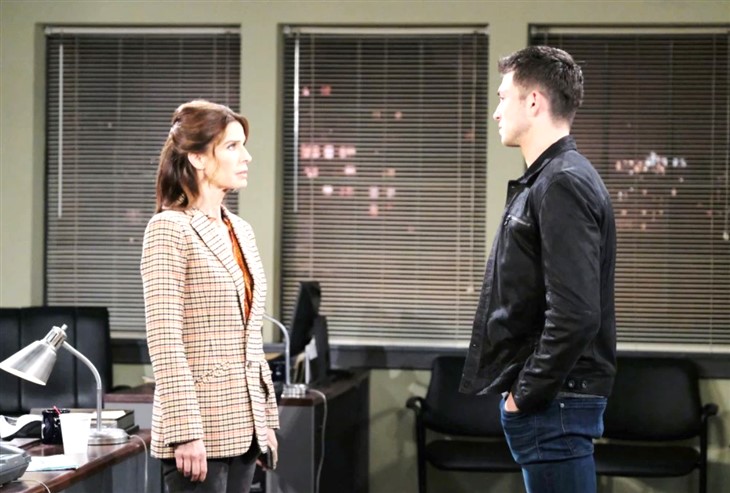 Days of Our Lives spoilers reveal that Ben Weston will try and kill Ciara Brady (Victoria Konefal). However, he doesn’t remember what happened by the time Hope Brady (Kristian Alfonso) finds him. So, what exactly is Ciara’s fate? During an interview, actor Robert Scott Wilson discusses the storyline and talks about Ben and Hope’s chilling realization.

DOOL spoilers reveal that Hope is on the case to locate Eve and arrest her for what she did to Ben. She manages to track her down and does arrest her. Surprisingly, Eve admits to everything and tells Hope where she can find Ben and Ciara.

Days Of Our Lives Spoilers: Did Ben Kill The Woman That He Loves – What You Need To Know?

Days Of Our Lives Spoilers – Hope Brady Gets Information

Of course, Eve tells all this information to Hope because she is sure that Ben has already killed Ciara. So, by the time that Hope gets to Paige Larson’s (True O’Brien) murder scene, she finds Ben. However, Ciara is nowhere to be found, which sends panic throughout Hope’s body.

Days of Our Lives spoilers from Soap Opera Digest confirmed that Hope finds Ben huddled down and in an emotional state. She questions him about what happened, but he doesn’t seem to remember anything. Plus, Ciara is missing and Hope needs to know where her daughter is. Unfortunately, Ben can’t tell her anything. He doesn’t know if she’s dead, alive or if he stashed her somewhere.

The magazine confirms that the same day that Eve is arrested, Ciara will go missing. The actress is listed in the comings and goings for the week of August 24, so it looks like we might not know her fate for some time.

However, it is highly likely that fearing for her life and being traumatized forever, Ciara ran away. Just imagine marrying the man of her dreams, someone she trusts with her life, only to have that trust betrayed. Even though she figures out what is making Ben want to kill her, it is traumatic. Everything she thought she knew and trusted has been ripped away from her.

There is also a possibility that Vincent (Michael Teh) was nearby to make sure the murder went as planned. When things went belly up, it’s possible that Vincent did something with Ciara. However, we won’t know for sure until these scenes air later this week.