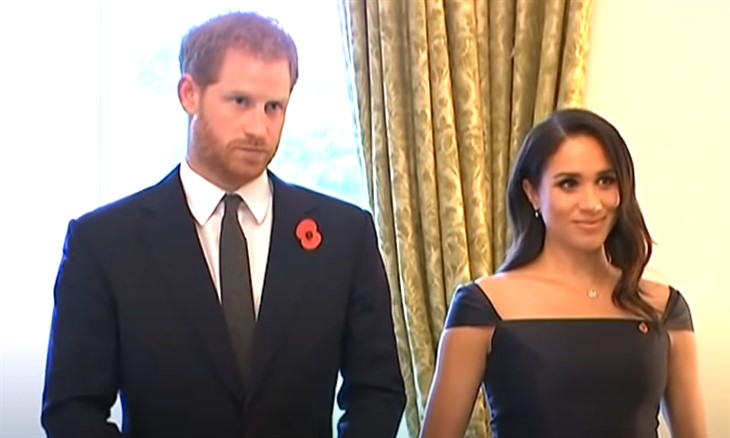 Do you ever feel like it’s different day, same stuff? Like Bill Murray in Groundhog Day? It must feel that way for royal writer Omid Scobie. He, along with Carolyn Durand, wrote Finding Freedom the salacious bio of Prince Harry and Meghan Markle and he’s been squeezing the milliseconds out of his 15 minutes of fame day by day, interview by interview.

In a another new chat the couple’s most ardent defender is dishing about how the lovebirds joined forces to make their momentous, and some would say calamitous, decision to divorce his family and snub his country for a life of being kept in America versus the UK.

Were Harry And Meghan Wrong For Wanting Financial Freedom But Continuing To Accept A Parental Allowance?

And he’s also spilling the tea about the state of the couple’s marriage. According to Scobie, Harry and Meghan’s love is stronger than a lead balloon following their scandalous treatment of their loved ones and fans, aka Megxit. To listen to Scobie, these two are a pair of Joan of Arcs.

After supposedly suffering the slings and arrows of his neglectful family and an evil media, these two souls are doing better than ever.

Scobie talked to OK! Magazine to make clear just how well the golden couple are doing following their infamous exit. According to him, they are a team who tackle life’s little unpleasantries, like not being able to wear the tiara she wanted at her wedding, together. Ride or die in other words.

Harry And Meghan Were In Agreement About Ditching The UK

“I think once Meghan is committed to something, there is no turning back,” Scobie enthused. “And if Harry had said, ‘We’re sticking it out for another year,’ then Meghan would have definitely ridden it out longer if he’d wanted to.”

But, Scobie said that Harry, “very much drove the decision,” to step back from royal life, proclaiming, “I would say she gave him the confidence to see that decision through.”

Well what do you know, somehow Meghan comes out smelling like a rose again. Just not an English Rose.
He claims that stomping away from the ones who love Harry wasn’t easy, but insists the chaos was well worth it.

But wait, there’s more! He rattled on, “Now they’re stronger than ever because of what they’ve experienced. I think their love for each other grows the more they take on.” If that’s the case, can we blame 2020 on them, too?