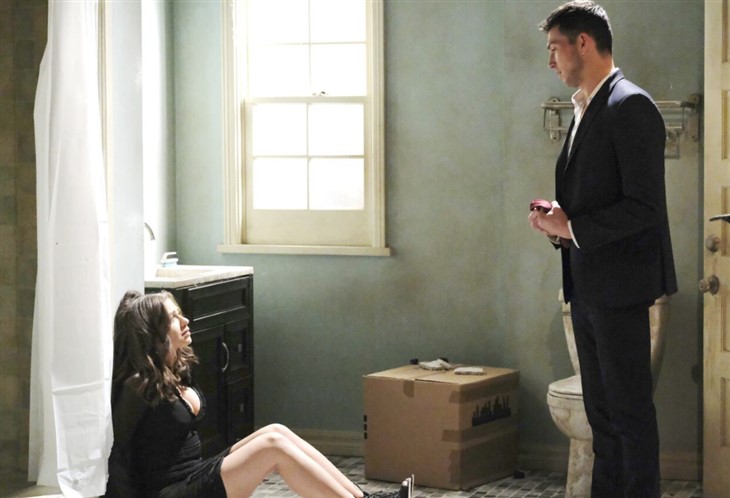 NBC Days Of Our Lives spoilers tease that viewers are in for a big week on the NBC soap. In fact, the new DOOL spoiler photos for the week of August 24 indicate that there’s a lot of action in store for the week, as well as some seriously dangerous situations for one Salem resident in particular. Let’s get right into it and unpack what we know about what’s going to go down this week!

First off, it looks like Eve Donovan’s (Kassie DePaiva) time as a free woman will be coming to a close, but before she gets caught, Eve will have some big moments. She’ll visit her daughter Paige Larson’s (True O’Brien) gravesite at the cemetery, and while she’s sitting graveside, she’ll look up and Paige will be standing there! Eve will have a moment where she truly believes her daughter is alive, but it looks like this will simply turn out to be Eve’s hallucination.

Days Of Our Lives Spoilers: Ben And Hope’s Chilling Realization, What Is Ciara’s Fate?

Nevertheless, it looks like Eve will “talk” with Paige, but what Paige will say to Eve remains to be seen. Given that this will be a vision of Eve’s, Paige could end up egging Eve on in her quest to torment Ben Weston (Robert Scott Wilson). We’ll have to wait and see how this ghostly vision turns out!

Well, it seems that while Eve is having her visit from Paige’s spirit, Ben will manage to get Ciara to go with him to a truly creepy place – the abandoned dorm room where he killed Paige six years ago. How Ben is going to get Ciara to accompany him to the scene of the crime remains to be seen, but it will surely be under false pretenses, as the most recent DOOL promo shows Ben telling Ciara that this is the place where he strangled Paige.

Since Ben and Ciara are shown alone in the dorm room, with Ciara looking like she’s tied up and Ben standing near Ciara holding a necktie, that doesn’t bode well for what’s about to go down. However, DOOL spoilers indicate that Ciara will figure out in pretty short order that something is very wrong with Ben, and that Eve and Vincent (Michael Teh) must have done something to him to warrant this horrible turn of events. 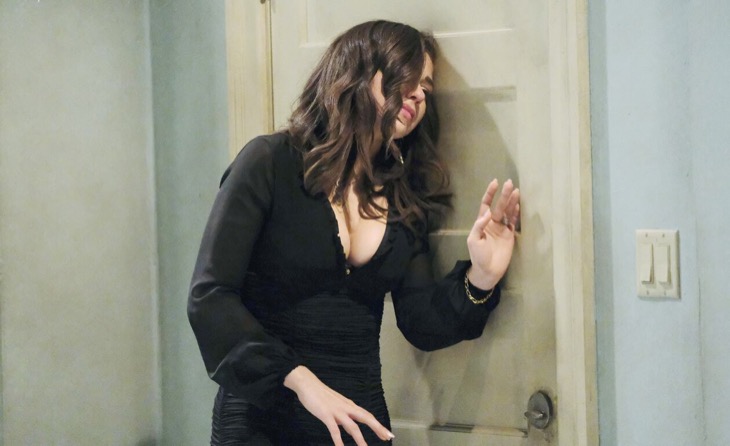 DOOL Spoilers – Ciara Brady Is Trapped In A Dangerous Situation

Well, it looks like Ciara will get free from Ben…sort of. Ciara is shown looking as if she has managed to perhaps talk Ben down for a while and shut him out of the dorm bathroom with the door locked. But unfortunately, she’ll have nowhere to run as she’ll be stuck there with Ben on the other side of the door. Perhaps Ciara will try to talk with Ben through the door and convince him that this isn’t him – it’s Eve and Vincent’s brainwashing plan that is leading to his behavior.

Ben Weston Has An Explosive Confrontation With Eve Donovan

DOOL spoilers indicate that after everything is said and done, Ben will come out of his murderous trance with no memory of what happened. But Ciara will be gone, and Hope Brady (Kristian Alfonso) will quiz Ben about what’s happened. It shouldn’t take Hope and Ben long to realize what’s happened, and that Eve and Vincent brainwashed Ben into doing something truly horrific. It looks like Ben will be in agony and fearing the worst has happened and that he’s killed his true love.

Well, later in the week, DOOL spoilers say that Ben will come face-to-face with Eve, and this will likely come as Eve has been taken into police custody. Ben will surely demand to know what Eve knows about what he was programmed to do and where Ciara might be. But we don’t expect that Eve will cough up any information – after all, she’ll want Ben to suffer to the maximum, so she might just lawyer up and refuse to talk about what she’s done.

Well, before everything with Ben and Ciara go down, Rafe Hernandez (Galen Gering) and Hope will rush over to the motel where Eve has been staying. Of course, Rafe and Hope will need to search the place, but as they do, some familiar sparks are going to fly. Rafe and Hope are shown together at the motel in their official capacity but getting ready to kiss, so it looks like they’ll finally be ready to admit that there’s something between them.

As DOOL viewers know, Rafe and Hope have been tiptoeing around the fact that they’re one again attracted to each other for a while now, so this kiss will mark a big change. Will we see Hope and Rafe come together as a couple once again?

Days Of Our Lives Spoilers: Sami Brady’s Sticking Around, EJ DiMera Follows Her To Salem?https://t.co/yaTshhCwDP

If so, it’s going to be pretty short-lived, since Rafe is about to head off canvas after his dad Eduardo Hernandez (A Martinez) returns and says that Rafe and his sister Gabi DiMera (Camila Banus) are in grave danger.

That ends this bunch of spoiler photos! It’s going to be a great week on DOOL, and you won’t want to miss any of the action. Stick with CDL so you don’t miss any of the latest DOOL spoilers and news, and check out our daily episode recaps as well.