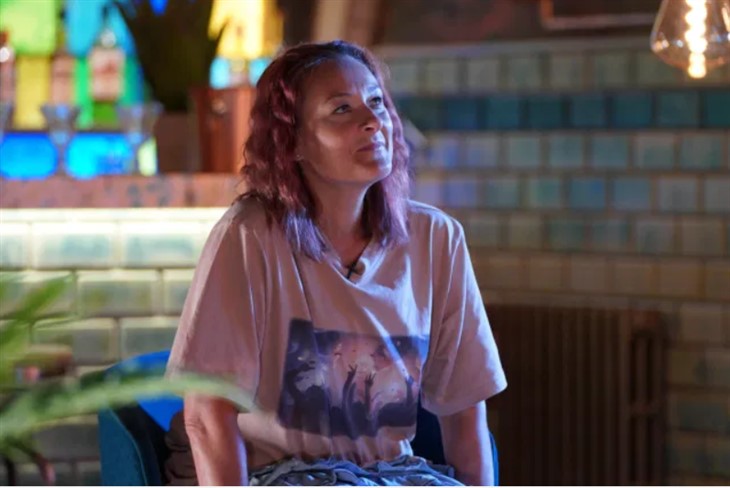 EastEnders spoilers hint that there will be a new storyline involving Luisa Bradshaw-White’s character when new episodes come back on. Tina Carter will soon receive a new storyline next month which was revealed in the spinoff behind the scenes show, Secrets from the Square which aired on the 24th of August.

This episode of Secrets from the Square included Luisa along with co-star, Linda Henry who plays the role of Shirley Carter. They discussed future storylines as well as their time on the show.

In the episode that aired on Monday, Luisa talked about whet the BBC One soap have in store for Tina for a future storyline. She went on to say that Tina Carter is determined to find a love interest after coming down with the virus. During the interview, she stated, “Tina got coronavirus and was living with Ash and Iqra.” She brought up the mindset that her character is now in after coming in contact with the virus, “Tina now comes out thinking, ‘I really want a relationship, I want love’. We start from there with Tina.”

When Luisa first joined the BBC One Soap back in 2013, the soap decided to explore her character’s sexuality. During the behind the scenes spinoff of EastEnders, she went on to praise EastEnders for representing the LGBTQ+ people on tv without sensationalizing it. She went on to state, “I think EastEnders does it really well, but I think it’s important that it is the norm and not the doof-doof – it’s just there and part of it. It’s there.”

Upcoming episodes of the spinoff show will include other actors and actresses include, Lorraine Stanley, Jessica Plummer, and Toby-Alexander Smith. The BBC One soap is set to come back to viewers’ screens on the 7th of September, which will be on a Monday. It will be interesting to see how they will execute this storyline when new episodes return.

It has been teased that there will be many new exciting storylines that will happen when new episodes return. This will include other members of the Carter family. What do you think about the upcoming Storyline? Are you excited for EastEnders to return in September?